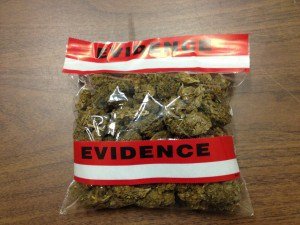 g pulled over for speeding – a municipal court judge, Jack Emery, subsequently ordered the Tacoma Police Department to give the man his marijuana back, given that he was caregiver for a qualified patient, giving him a legal defense under state law to possess it. The police, since the order, have refused to hand over the marijuana. Today, Judge Emery responded, ordering the police once again to return the medicine, this time, threatening the department with an order of contempt (which could result in hefty fines).

“Appeal or comply,” Judge Emery told assistant city attorney John Walker, “Or next week, show up, and I would advise you to bring counsel.”

If the city appeals, a higher court (such as a state supreme court or a court of appeals) will end up taking the case. The results of such a case would set a precedent across the state or states.

A hearing is set for May 2nd, where the next step in this case will become clearer.