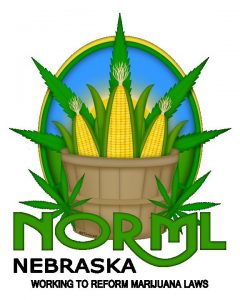 signature drive to put the legalization of marijuana for medical purposes to a vote of the people in the state. Advocates have the daunting task of collecting roughly 125,000 valid signatures by May 20th.

Although this will certainly be challenging, Nebraska NORML remains confident, although they’re in need of volunteers willing to help get the measure on the ballot, “If you believe in ending marijuana prohibition in Nebraska, this is the best way you can help”, they stated in a recent call for volunteers, “This is not something to take lightly, we will need 125,000 signatures to get on the ballot, which with a little dedication and enough volunteers can easily be done.”

If the initiative makes it on the ballot, and is passed by voters, qualified patients would be authorized to possess, cultivate and purchase marijuana (through designated safe access points).