This morning, at around 10 A.M., Ryan Loflin will begin planting hemp across 60 acres of his family’s farm in Springfield, Colorado. 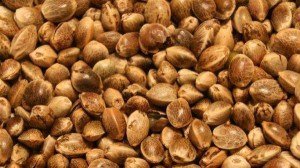 Hundreds of hemp seeds will be returned to the ground today in the beginning of the re-integration of industrialized hemp farming across the nation.

The event will be attended by local news stations, the Associated Press and a film crew, which will be recording footage for the upcoming documentary “Hemp in America: The Revolution and Hemp Canada: Seeds of Growth”. Hemp, Inc. will be one of the Executive Producers of the two-part documentary, to be directed by Diana Oliver (also known for the film “Hempsters Plant the Seed”). Hemp, Inc. CEO Bruce Perlowin expressed excitement over the project, stating “This is monumental for our industry. It will unlock a clean industrial revolution that will be good for the economy, good for jobs and good for the environment.”

Loflin, owner of Rocky Mountain Hemp, Inc., intends to install a press for squeezing the oil from the hemp seeds, and plans to experiment with various seed strains, in order to maximize the amount of oil produced. “I believe this is really going to revitalize and strengthen farm communities”, said Loflin.

This event marks the beginning of the re-integration of industrialized hemp into our country, and signifies a monumental step towards nationwide hemp cultivation. Snippets of the event are planned to air on www.hemp.com, along with interviews and behind-the-scenes coverage of the documentary.