It is a product of many names: BHO, honey, erl, hash oil, honeycomb, honey toast, wax, shatter, glass, whip, comb, ‘tane, and more. As its popularity increases, more and more people are learning about butane hash oil (BHO) made from marijuana. There’s a reason it’s becoming so popular in recent years.

BHO sounds scary but can be extremely enjoyable when it is prepared correctly. Many people choose to make it themselves so they know exactly what is in it, and can rest assured that it was made safely.

This article will help you understand what it is and how to make BHO from marijuana in a safe and healthy way. Please keep in mind that it was written for information purposes only!  ILGM does not encourage any illegal activity and take no responsibility on what you do with this information.

What exactly is BHO? 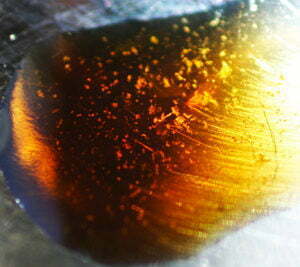 Butane hash oil is called this because of the process required to make it. Marijuana trimmings are put into a holding container of some sort, with butane pushed through until only the butane escapes, and the plant matter remains. This process allows for the cannabinoids to be removed from the marijuana by pumping the butane through the holding container. It becomes a liquid mixture of butane and marijuana, which is then evaporated in order to remove the harmful substances while keeping the good product, which is a waxy or honey-like substance.

Is BHO safe?
The key aspect of making BHO that is safe for consumption is the evaporation process. If the liquid substance is not evaporated correctly, then people might end up smoking both the good and the bad substances, making it unsafe and unhealthy. That being said, if you compare properly evaporated BHO with regular marijuana that most people smoke, good BHO is much more pure

While critics argue that smoking BHO must include a certain amount of butane being inhaled in the process, even with the purest and most properly prepared BHO, it’s important to consider that the average lighter also contains butane as fuel. If you use a regular lighter to smoke a pipe, then you are also bound to inhale some of that butane, aren’t you?

Of course, any type of smoking is going to come with unavoidable and unhealthy aspects. Smoking anything is never going to be as healthy as inhaling pure air. Many assert that smoking BHO is better than smoking raw marijuana with a pipe, however, so that makes it worth it for some who enjoy smoking BHO.

It is also important to consider your personal security. In California, for example, BHO is completely illegal. That means making it, selling it, or even having it are all considered a felony. In addition to it being a security risk for those using it, distributing it, and making it, it also means it is difficult to ensure safe laboratory conditions when it needs to be done in secret. Safety gear is generally at a bare minimum during illegal extractions, and many new people who are interested in making BHO are given misleading information, such as “just don’t smoke while you make it, and you’ll be fine.” This is extremely misleading and a dangerous lie. When there are no official rules or regulations, however, dangers increase 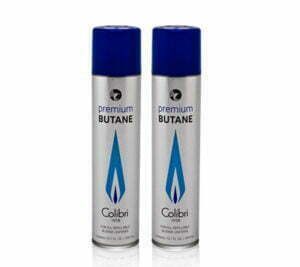 No. Making BHO is a completely different process from smoking it. It is possible to do it safely, especially if you are an expert or are partnering with an expert to make it, but the amount of risk involved is extremely high. Messing up in any tiny way is extremely dangerous to your well-being, and even to your life. Do not make BHO if it is your first time.

When making BHO you must take every precaution possible. Butane is highly flammable, all extractions must be done outdoors, doing extractions indoors can be extremely dangerous, meaning you could catch yourself and your house on fire easily.  Always keep a fire extinguisher nearby and make sure to wear safety equipment like gloves and eye protection.

There are many documented cases of people blowing themselves and/or their apartments up while attempting to make BHO. People were burnt from an accident during the process and later died in the hospital. Not only is this damaging to their own lives (and the lives of others), but it also is damaging the reputation of BHO in general.

Making BHO yourself without knowing what you’re doing could not only result in harming yourself but even if you survive the process, it could also harm others. Plenty of rookie BHO-makers feel as though they have confidently and safely made BHO for others to smoke, and then it turns out that they did not perform the evaporation process completely properly, and then have caused other people to inhale unhealthy substances. Not only that, but it also gives the BHO movement (not to mention the marijuana movement) a bad name — which is something we in the marijuana industry do not need right now.

The process of making BHO is also illegal in most places, so you should think long and hard about whether making your own BHO is actually worth all the risks involved.

How to make BHO 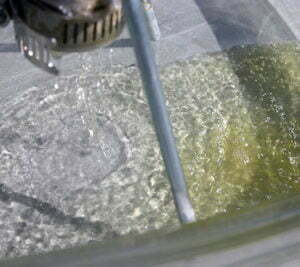 With the above warning aside, we have committed to providing you with information to make your own BHO. If done correctly, there are a lot of positive aspects to making your own BHO, and it ultimately is safer for you (assuming you know what you’re doing). Therefore, the below instructions are provided for those interested in making their own BHO.

Which butane should you use?
Before collecting the necessary ingredients for making BHO, you will need to make an informed decision about which type of butane to use. There are two general types to choose from: Isobutane and N-Butane. Other types of butane likely have propane mixed in. While generally less expensive, Isobutane is often considered more hazardous and toxic than N-Butane. N-Butane, therefore, works best for this recipe. Not only is it safer, but it also works better for extraction and will not leave behind a residue in your final product.

You can find pure N-Butane in gas supply companies, but not in retail stores. The most reliable companies include Win, Sarome, Cora, CTC, Colton, Dunhill, Ventti, Colibri, Calor Gas Match, Unilight, Supergas, K2, Lucienne, Newport, Nibo, Fackelman, and Davidoff. To check the quality of butane from a company you aren’t sure of, spray a large quantity of butane on a mirror, wait for up to 10 minutes, and see if there is a poor-smelling residue left over. If so, it’s not a good idea to use it for making BHO.

Which marijuana should you use?
Of course, we should also pay close attention to what kind of marijuana you should use for this recipe. The higher quality the marijuana, the higher quality your BHO will be — the importance cannot be emphasized enough. Your best bet is to use whole buds that are fresh, recently dried and put through the extractor. Grade A oil can be accomplished via one extraction; grade B oil can be accomplished on a second extraction after grinding up the buds.

INGREDIENTS:
– one 10-oz can of butane per 1-oz of marijuana
– one extraction tube
– one medium Pyrex dish
– one large Pyrex dish
– one electric heating pad
– one razor blade scraper
– a concentrate container
– a purging system (optional)