This week Kentucky’s Commissioner of Agriculture James Comer’s been visiting Washington D.C., meeting with federal officials, lawmakers and others in order to get federal approval for his state to cultivate hemp 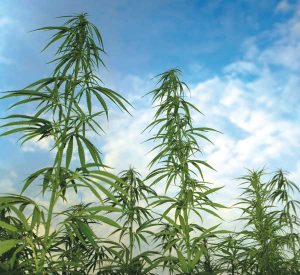 – Kentucky passed legislation ending hemp prohibition on the state level last month. While in D.C., Comer had a meeting with the House Majority Leader John Boehner this week, a Republican, who let him know that he would speak with the Republican Senate Leader Mitch McConnel about how they can move forward legislation to end hemp prohibition on the national level, instantly allowing states like Kentucky to begin licensing hemp farmers. This is something that McConnel, the Senate Minority Leader, has already been working towards – he sponsored bipartisan legislation filed in march.

This is the first sign or indication that Boehner is willing to work towards, or even not-oppose legislation to end hemp prohibition. If Boehner and McConnel come to terms on the importance of moving legislation forward, its fate would end up in the hands of Senate Majority Leader Harry Reid (and in the end President Obama), a Democrat. Reid has never shown support for allowing hemp cultivation, but with Republicans working towards its legalization, and with Democrats supporting the issue at a higher rate than Republicans according to polling, it’ll hopefully push him towards supporting it.

In addition to the bipartisan legislation filed by Senator McConnel, which has a companion measure in the House, it’s quite possible that hemp legalization could end up as an amendment in a new federal farm bill which goes up for debate in the Senate Agriculture Committee next week.

Recent congressional research has found that the U.S. imports over $400 million in hemp from other countries. The same research indicates that the hemp market consists of over 25,000 various products.