Recently employees at a Catholic hospital in Gig Harbor, Washington, called the police on a patient for smelli 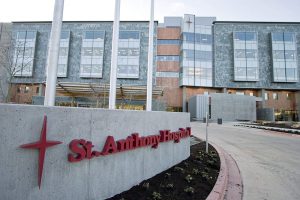 ng like and possessing a small amount of cannabis, despite the fact that he was within state law – potentially breaching privacy laws, not to mention basic ethics.

The Stranger reported today that Matthew Zimmerman was at St. Anthony’s Hospital for a routine exam. Forgetting he had it in his pocket, Matthew had 3 grams of cannabis on his person during the exam.

After apparently smelling the bud, one of the nurses had the audacity to ask, “Do you have any marijuana on you?” Knowing that he was within his legal rights (possession of up to 28 grams of cannabis is no longer a crime in Washington State due to Initiative 502’s passage in November), he stated that he did, which was under his second jacket. She then asked him if he used marijuana, which he matter-of-factly replied to, stating “Yeah, obviously”.


Like he was suppose to care, the nurse then stated that the doctor was not going to approve of his use of marijuana, and then left.

The rest of the visit went as-expected, with no further mention of the incident. Until he left the hospital.

When Matthew stepped out, he was met by a police officer: The Gig Harbor Police Department later confirmed that the hospital called the department because of a man who was “too high to drive”.

The officer eventually let Matthew go, claiming that he was in no way impaired. No surprise that he wasn’t impaired, but a shocker that the hospital would breach patient confidentiality in such a way.

Matthew told The Stranger, “They don’t call the cops on everyone who they hand out pills to, but they call the police when they smell some marijuana?” Zimmerman says. “I wasn’t under the influence. I just smelled like weed. They shouldn’t be talking about my private information”.