The full legislatures in both Vermont and Colorado have recently approved measures which legalizes the cultivation of industrial hemp. Both measures are now in front of their state’s governor for final approval – both governors are 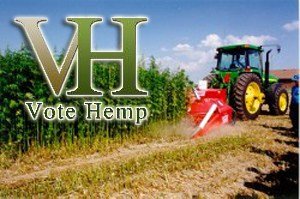 expected to either sign the measure, or simply let it become law by refusing to veto it. Both of these victories are huge for the movement to end hemp and cannabis prohibition, and will allow farmers in both states to begin hemp production, this year.

In both states – even prior to the approval of these measures – hemp is technically legal under state law, but hemp production in both states is contingent on a change in federal law; these measures would alter that, so that the state can begin to license hemp farmers this year after a short waiting period.

Given the massive significance of both of these measures passing, advocates in both states are planning victory celebrations. In Vermont, the grassroots organization Rural Vermont, in conjunction with the national hemp advocacy group Vote Hemp, will be hosting a Hemp Victory Celebration on June 5, 2013 from 5:30pm – 9:00pm at the Hooker-Dunham Theater & Gallery located at 139 Main Street, #407 in Brattleboro, Vermont.

In Colorado, the Colorado Hemp Network is announcing the “Hemp for Victory” Party on Tuesday, May 28 in Denver. The event takes place from 1pm-3pm at Casselman’s Bar and Venue, located at 2620 Walnut St., Denver, Colorado.

The passage of these two measures come as federal lawmakers discuss legislation – including an amendment to a national farm bill – which would legalize hemp in the U.S..