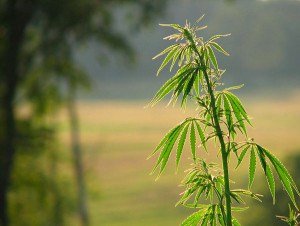 The modest hemp plant may be one of our most useful tools in handling nuclear disasters.

Most people, especially cannabis advocates, understand that hemp is an incredibly diverse and useful plant, which produces thousands of products; even things like hempcrete – concrete made almost exclusively from hemp, which is actually stronger than typical concrete. However, few people understand how useful hemp can be in something as drastically important as cleaning up nuclear disaster sites. Recent research has indicated that hemp is one of the most useful plants we have for phytoremediation, which is the process of cleaning areas suffering from nuclear or chemical contamination, by using plants to absorb the toxins out of the soil and water.

Hemp is being found to be one of the most effective plants for this process, and has been used to clean contaminated soil around the world, at locations like Chernobyl. Given that hemp is a fairly-easily produced annual crop that can grow almost anywhere, it could forever change how effective we are at handling nuclear disasters.

Some states are taking notice of hemp’s possibility when being used in this process. Recently Hawaii’s House of Representatives, and two Senate committees, all voted unanimously (yes, all of them) to approve HB 154 HD2, a measure which would establish a two year industrial hemp research program that would examine hemp’s effectiveness in phytoremediation (as well as bio-fuel). Other states, such as Colorado, are discussing similar measures.

Hemp’s use in phytoremediation is just another example of its intense and unrivaled diversity.