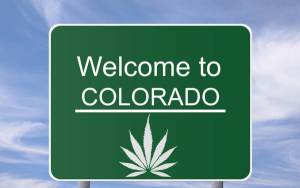 in the nation in which its elected officials voted for and approved regulations and taxes for recreational marijuana sales.

Under the proposals, marijuana would be regulated from “seed to sale”, where licensed cultivators would sell to licensed retailers, who would be authorized to sell up to an ounce at a time to Colorado residents, and up to a quarter ounce to those visiting from out-of-state. Retailers would be required to label their products with information such as its potency, and all medicine must be tested for mold and pesticides.

Under the approved proposals, those currently operating as a medical marijuana dispensary will have a 9 month window to apply for a recreational license before it becomes open to the public.

House Bill 1318 outlines a tax system for the legal marijuana market, proposing a 15 percent excise tax and 10 percent sales tax. Rather than becoming law like the other two measures, House Bill 1318 will now head to the general election ballot in 2014, where voters will decide on the new tax increase.

“We applaud Gov. Hickenlooper for the initiative he has taken to ensure the world’s first legal marijuana market for adults will entail a robust and comprehensive regulatory system” stated Mason Tvert, Communication Diretor for the Marijuana Policy Project, “This marks another major milestone in the process of making the much-needed transition from a failed policy of marijuana prohibition to a more sensible system of regulation.”