A sheriff’s deputy in Newton County Georgia has been arrested for repeatedly selling pounds of cannabis to an undercover FBI agent. After being arrested, the officer admitted to selling between 10 and 15 pounds of cannabis a week out of his patrol car. 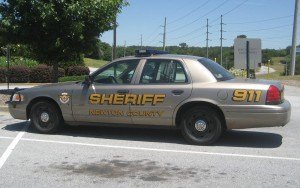 According to a federal report, deputy Darell Mathis bragged to the undercover agent that he didn’t worry about getting caught because he “drives safely and flashes his police credentials to get out of tickets if he is stopped”.