On Thursday, New Hampshire’s House Criminal Justice and Public Safety committee heard roughly six hours of public testimony on three cannabis related bills that would either legalize, or decriminalize cannabis in the state. This comes just days after polling released from the University of New Hampshire found 56% of New Hampshire residents support legalizing cannabis like alcohol, and nearly 80% support its legalization fo 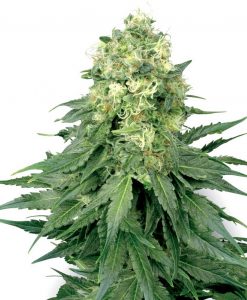 Among these three was a measure filed by Republican State Rep. Mark Warden, in what he calls the “tomatoes bill”. This measure would remove all state criminal penalties associated with cannabis possession, and would allow people to grow cannabis freely as if it were tomatoes. In what he calls a “purist” approach, this is the measure most likely to garner intense praise from within the cannabis community for its bold approach.

A second measure discussed was legislation filed by Republican State Rep. Kyle Tasker, which would decriminalize possession of up to an ounce of cannabis, making it a civil infraction – similar to a jay walking – rather than an arresting offense.

The third measure, which was filed by Republican State Rep Steve Vaillancourt, would legalize the possession of up to an ounce of cannabis, while simultaneously allowing the state to license and tax it for sales to adults.

In addition to these three measures, a committee hearing is set for Thursday, February 21st for House Bill 0573, which would legalize cannabis for medical purposes. Similar legislation passed in 2009 and 2012, but was vetoed by then-Governor John Lynch. However, newly-elected Governor Maggie Hassan is in support of such a change, and it’s possible, if not likely, that the state’s legislature has the support needed to get this passed.

Regardless of the fate of these four measures, the discussion surrounding them is vital, and is keeping the issue in the spotlight, which will further aid in the already rapidly growing support for legalization.