Professor David Nutt, a former drug adviser to the U.K., is attempting to study whether a chemical found in magic mushrooms, psilocybin, can be useful in treating depression. Research published last year indic 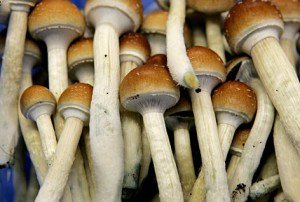 ates that it is, but Professor Nutt wants to run clinical trials, and he now has the funding to do so. The problem? He doesn’t have a way of obtaining science-grade psilocybin because of the government’s draconian drug laws.

“We are between a rock and a hard place, which is very unfortunate”, stated Professor Nutt to the BBC, “if this is an effective treatment for patients then they’re obviously being denied that possibility so one of the things we have to do now is have a more rational debate about the way the drugs laws are being implemented.”

Professor Nutt is publicly telling the British Neuroscience Association that similar rules are hampering research into other substances that may contain medical and/or therapeutic benefits, such as ecstasy and cannabis.

“We have regulations which are 50 years old, have never been reviewed and they are holding us back,” stated Professor Nutt, “they’re stopping us from doing the science and I think it’s a disgrace actually.”

For now, Professor Nutt will be continuing to work at obtaining psilocoybin so that he can examine whether or not it contains medical value that people are being denied because of this baseless war on drugs.