Lawmakers in D.C. working to end our federal prohibition on cannabis say that their efforts will continue, until a change is made. 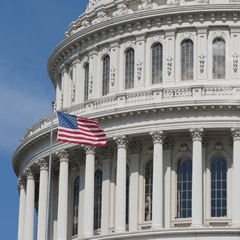 In a USA Today article from this afternoon, representatives working on federal reform efforts have made it clear that these efforts won’t stop, regardless of whether or not there are any changes made this year.

“Maybe next year, maybe next Congress, but this is going to change. And the federal government will get out of the way,” said Congressman Earl Blumenauer, from Oregon. “I’m very patient. I’ve been working on this one way or another for 40 years, and I think the likelihood of something happening in the next four or five years is greater than ever.”

Blumenauer is the prime sponsor of a measure currently sitting in congress that would tax cannabis on the national level. Congressman Jared Polis, from Colorado, has filed legislation that is meant to be paired with his, which would remove cannabis from our Federal Controlled Substances List, directing the government to give licenses to those wishing to sell cannabis in states which have legalized it. Another measure being discussed would simply respect the sovereignty of states that decide to experiment with legalization.

According to Polis, “It will take more states moving in the direction Washington and Colorado have before there’s a sufficient pressure on (Congress) to change the law,” he continues, “It’s harder to get the attention of members of Congress from states where the legal status has not been changed because it’s simply not a relevant issue for their constituents.”

Other measures are also in the works, such as a bill being written by Congressman Steve Cohen from Tennessee, which would create a commission to study whether cannabis has medicinal value (we can guess the results).

One thing’s clear in all of this; advocates must push harder than ever to bring reform. For the first time, the conversation surround ending cannabis prohibition is a legitimate issue on the federal level, and the movement now has lawmakers in D.C. who aren’t afraid to stand up for reform. Those in America should be contacting their elected officials, urging them to support legalizing cannabis – ending this devastating prohibition.

1 thought on “Federal Push to End Cannabis Prohibition to Continue”