Congress To Discuss An End To Federal Cannabis Prohibition

Congress To Discuss An End To Federal Cannabis Prohibition

According to an Associated Press report, a bill will be introduced tomorrow that will end our federal prohibition on cannabis.

The measure, which is said to have bipartisan support, is being sponsored by Colorado Rep. Jared Polis. and Oregon Representative Earl Blumenauer.

If passed, it would regulate cannabis similar to how our government handles alcohol. Cannabis would be removed from the Drug Enforcement Administration’s jurisdiction, and given to the renamed Bureau of Alcohol, Tobacco, Marijuana and Firearms. 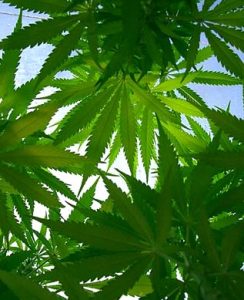 Those growing or selling legal cannabis would need to obtain a federal permit, and laws would still apply to those transporting cannabis from a state where it’s legal, to one where it’s not.

The bill is apparently inspired by a past legalization measure sponsored by Reps. Barney Frank and Ron Paul.

Rep. Blumenauer, on the same day, will be introducing a companion bill that would tax cannabis, creating an excise tax of 50% at “first sale” (such as from a grower to a processor, or retailer). It would also tax producers at $1,000 annually, and other cannabis businesses at $500.

With a massive amount of propaganda and unwarranted stigma still surrounding our federal cannabis policies, the passage of these measures is being considered a “longshot”.

Still, with the public on our side, and with states continuing to reform their cannabis policies, it’s absolutely vital that the discussion continue at the national level. We’re closer than most people think to a complete toppling of prohibition.