In 2010, Mothers Against Drunk Driving (MADD) was one of the most vocal and powerful voices opposed to Proposition 19, the failed ballot effort in California which would have legalized cannabis. 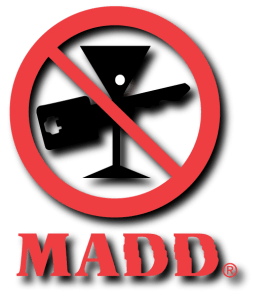 In 2011, MADD furthered this misplaced opposition by partnering with the ONDCP (Office of National Drug Control Policy, headed by our nation’s Drug Czar) in a nationally coordinated effort to combat “drugged driving.” In other words; joining forces to oppose common sense cannabis policies, and continuing to spread the same misinformation the ONDCP has become famous for.

In taking this approach, MADD is counteracting their own agenda. By working to defeat the legalization of cannabis, they’re directly responsible for fatalities that could have otherwise been avoided.

It’s unfortunate that they won’t examine recent research: A study released last year by the Institute for the Study of Labor found that states which have legalized medical cannabis saw a drastic 9% decrease in overall traffic fatalities. The largest contributor to this drop, was a decrease in alcohol consumption. The study found that in these states, accidents in which one of the drivers had consumed alcohol was down by 12%.

In 2012, MADD was noticeably quieter with regard to cannabis related ballot initiatives in Washington, Colorado and Oregon. However, we can’t take this as a sign of their future absence, since a much larger national push against cannabis law reform is in the works.

In speaking with a member of MADDs national board of directors, who wishes to remain anonymous and is internally fighting the policy shift, we were told that MADD has plans in the works to label “stoned driving” as a menace as great or greater than drunk driving. A large percentage of their resources will go into opposing future efforts at legalization on the state and national level – a huge mistake, and one that flies directly in the face of their public safety concerns. 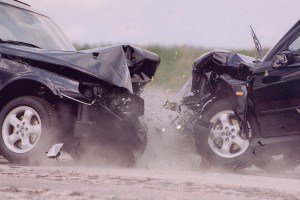 A study released last year found that states which have legalized medical marijuana have seen a 9% reduction in traffic fatalities, which is due to a simultaneous decrease in alcohol consumption. In these states, accidents where one of the drivers had consumed alcohol, was down over 12%. Alcohol is the problem, not marijuana.

This is where education and objection comes into play. It’s up to us to do our part, to show MADD how unacceptable it is for them to blindly oppose efforts that would actually help their primary cause, a cause that many of us see as noble:

The science is consistent in showing that cannabis consumption does not lead to an increase in traffic fatalities, and is exponentially safer than alcohol (you can find a list of cannabis driving studies here). Even if this is disagreed upon – though there wouldn’t be much grounding to do so – it’s a fallacy to assume that cannabis legalization will automatically increase the number of “stoned drivers” on the streets. Even if it were to increase cannabis consumption, research indicates that it would lead to a simultaneous decrease in drunk driving.

If you agree that it’s absurd for MADD to be putting resources into fighting the legalization of cannabis, rather than focusing on their objective of deterring drunk driving, make it known to them. Like it or not, MADD is a powerful player in the field of politics, and we need to let them know how we feel. It won’t be an easy feat to get them to understand our side. However, if we approach them with persistence and hard facts, it’s surely possible, and will give a lot of weight to those within the organization who agree with our perspective.

MADD can be contacted a number of ways. We encourage you to use them all, and to urge your friends, family and colleagues to do the same:

• Fill out their form regarding their organizational policies and statistics.
• Contact them through their social media outlets, such as their Facebook and Twitter accounts.
• Send them a letter – MADD National Office, 511 E. John Carpenter Freeway, Suite 700, Irving, TX 75062.
• Give them a call – they can be reached at 877-ASK-MADD (275-6233).
• Search for, and get in contact with local MADD branches.

Here is an example letter that can be sent to MADD, and can be altered in any number of ways:

For example: Recent research has shown a 9% decrease in traffic fatalities in states that have legalized medical cannabis – a significant decline. (http://www.iza.org/en/webcontent/publications/papers/viewAbstract?dp_id=6112)

The reason for this is simple; these states saw a simultaneous decrease in alcohol consumption. This decrease allowed fatalities to drop at a consistent rate, regardless of the particular state. In addition, scientific research has been consistent in finding that cannabis consumption does not lead to an increase in traffic fatalities, and that it’s less dangerous than alcohol.

Cannabis prohibition has continued to enrich criminal organizations (directly harming public safety), while failing to deter usage rates. I sincerely urge you to reconsider any further opposition towards reforming this policy.

Thank you,
[Your Name Here]