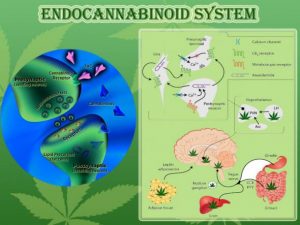 may lead to eating disorders such as anorexia nervosa. These results indicate that cannabis may be an effective treatment for these types of disorders, given that it naturally activates and heals our body’s cannabinoid receptors.

“These data point to a widespread transient disturbance of the endocannabinoid transmission [for those with anorexia], specifically for CB1 receptors”, researchers concludes.

The study was conducted at the Division of Nuclear Medicine at University Hospital and KU Leuve in Belgium.