Dry Sift vs. Bubble Hash – The differences and benefits between them. 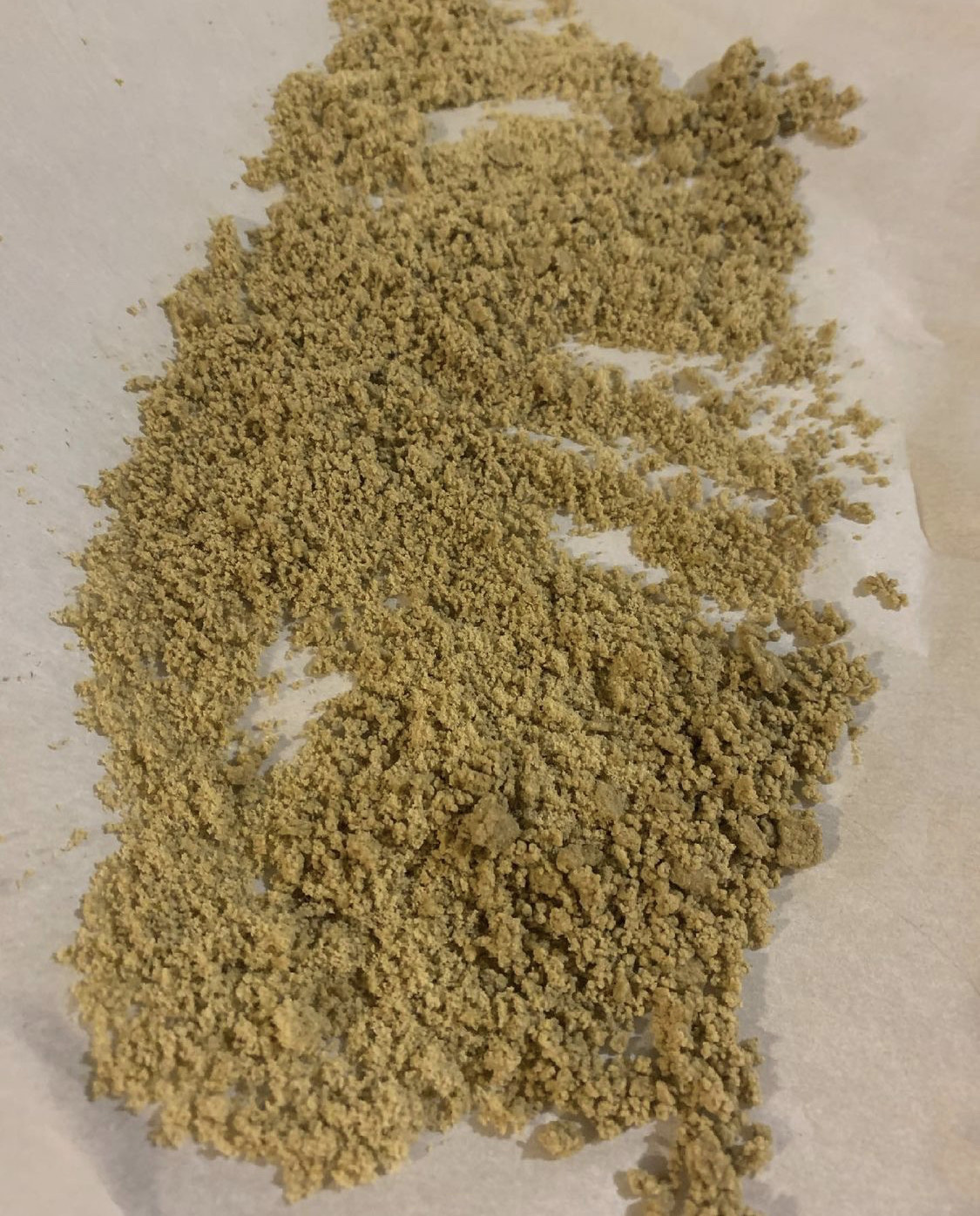 Dry Sift vs. Bubble Hash – The differences and benefits between them.

Dry sift and bubble hash are the names of two paths that will lead to the same destination: the production of sweet hash.

Hash is a cannabis concentrate that you can smoke in pipes, bongs, or joints. There are several ways to produce it, but the essential steps involve extracting the trichomes from a cannabis plant and repeatedly compressing them to form a solid, hardened piece.

In addition to smoking it, we can produce other concentrates like pressing hash into rosin. The elaboration of these products is a lot more complicated, and we will not focus on it in this article.

What we will do in this article, however, is to compare the two named methods for producing hashes. We will see the differences between dry sift and bubble hash, the steps for each production, and what we can expect from them.

Dry sift is a dry hash production technique. It is easy to do, and we only need a screen, and of course, weed, for the whole process.

Dry sift hash is very similar to kief. Most smokers are familiar with this substance, as it is the powder that accumulates at the bottom of the grinder. That fine layer of dust, which can quickly become thick, is made up of trichomes. These structures are detached during grinding and separated from the plant material by passing through a fine mesh.

The process of elaboration of dry sift hashish is almost identical. However, its manufacturers usually do it on a much larger scale to produce large quantities.

How to dry sift hash?

If you are interested in producing dry sift hash in considerable quantities, it is best to invest in a sifter box.

A sifter box does the same task as the screen that filters the kief in our grinder but on a much larger scale. It is a wooden or plastic tray with a sizeable 100-micron sieve on top.

Dry sifting hash is not complicated. Just put a bunch of adequately dried marijuana flowers on the mesh of the pollen box and shake the container vigorously from side to side and back and forth. You will see a thin layer of trichomes form on the bottom of the tray. Repeat this process with the rest of your material until you have a substantial amount.

If we want to obtain a premium quality dry sift, we can filter our product several times with smaller and smaller screens. This technique helps separate the metabolite-rich trichome heads from the stems and other minute parts of plant material to obtain a higher quality final product.

Hash makers say that this process is most successful when done in a cool environment. This is because the temperature helps the flowers and trichomes remain firm and dry and prevents them from sticking together. Turn on the air conditioner before sieving your weed.

Filter the trichomes obtained through smaller sieves if you want to get the purest hashish possible. Try to sieve it with a 70-micron mesh.

The dry sift hash is a very flexible marijuana concentrate. It can be sprinkled on joints, joints, and blunts to give them more power. You can also add it to a bong bowl or vaporizer chamber.

You can incorporate dry sift hash into almost any method of cannabis inhalation or ingestion. Those who cook with cannabis can also decarboxylate the concentrate and use it to make a batch of super-strong edibles.

Using your creativity with this type of hash and exploring all the ways you can incorporate it into your preferred consumption methods is very enjoyable. But, keep in mind that it will noticeably increase the potency of everything you add it to.

As you may have noticed, dry sift hash is pretty easy to do. The other method we’ll cover in this article is a lot more complicated, but it will also offer significant advantages. 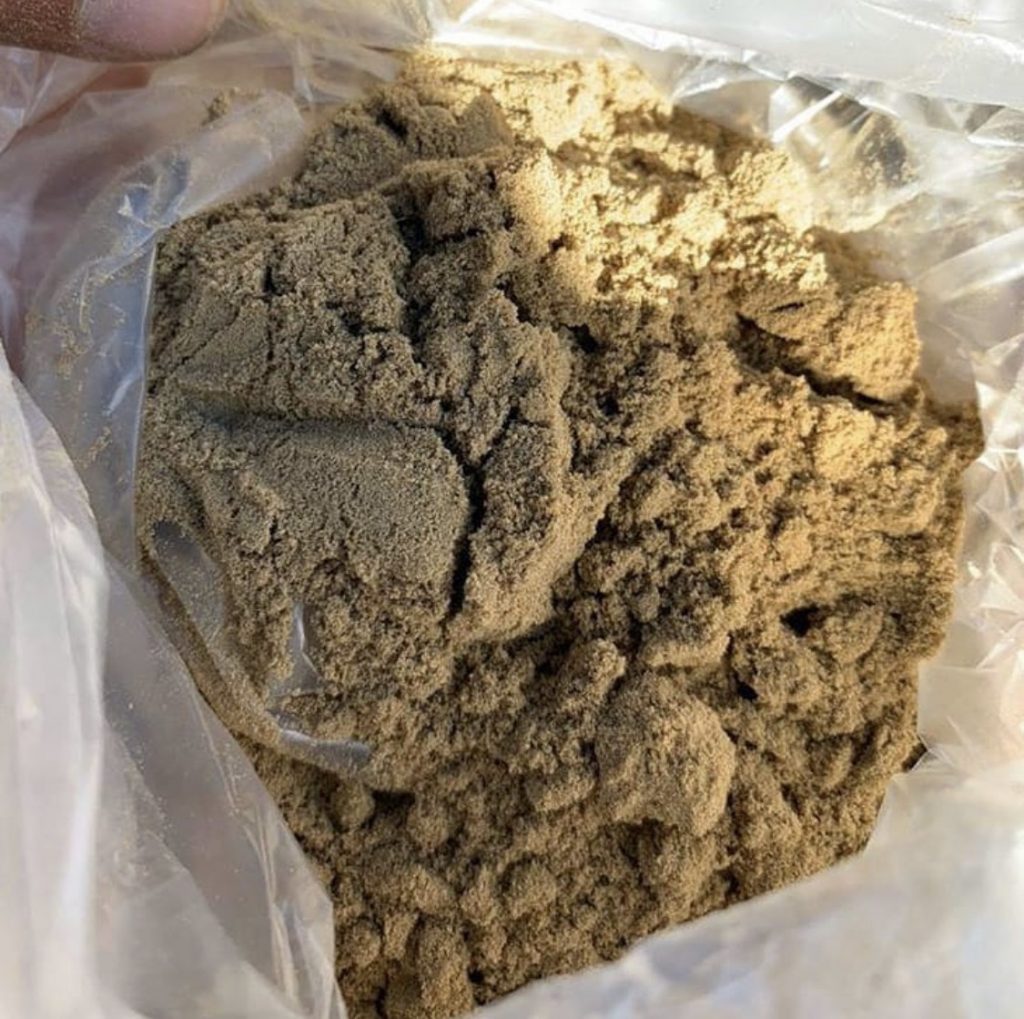 Iceolator, or bubble hash, also consists of separating the resin glands from the plant matter of our plant, but in a very different way.

It can be done both with the buds and with the manicured leaves close to it, leaving out the larger leaves and without resin. The more selective we are with the plant matter we use, the higher the quality and production of the final result.

Like other types of hashish, Bubble hash is a marijuana concentrate made from the trichomes of cannabis buds. These are separated from the flowers using water and ice (which we will explain later) and look like a pile of delicate brown/golden particles. This pile of trichomes is eventually consumed as bubble hash. When you light it up, you will understand why it is so-called, as it will bubble when you puff on it.

Some of the advantages that bubble hash can offer compared to dry sift hash are:

It will be up to you whether you prefer to submit to its complex production process, obtaining in exchange an objectively superior product. If you choose bubble hash, read on. In the next section, we will explain how to produce it.

How is bubble hash done?

As complicated as it may seem at first, you are only a few steps away from your delicious bubble hash.

That’s it. Let it dry until it’s solid to the touch and smoke it.

The hash is a longed-for concentrate of great potency that is a delight for any stoner. During this article, we compare two ways to produce it.

We looked at how we can produce dry sift hash (kief) in small quantities with a simple grinder. We also looked at the powerful production technique known as bubble hash, which will give us jaw-dropping results that anyone lucky enough to try it may enjoy (if we don’t smoke it all without mentioning it to them).

The differences between these two types of hashes are in their production and the final result that we will obtain. The dry sift will be much simpler to do, while bubble hash will yield a more potent and clear end product. It’s on you which one you’ll choose. We can guarantee that both of them can draw a smile on your stoner face if performed correctly