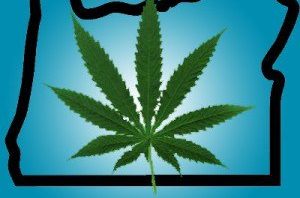 Several initiatives to legalize marijuana and reform drug laws, and an initiative to legalize magic mushrooms in Oregon have all been passed into a law after drug reform activists had one of their biggest nights in recent memory.

In addition, Oregon has become the first state to decriminalize the personal possession of all drugs, including cocaine, heroin and methamphetamine, reports the Associated Press. The Oregon initiative will allow people arrested with small amounts of hard drugs to avoid going to trial, and possible jail time, by paying a $100 fine and attending an addiction recovery program. The treatment centers will be funded by revenues from legalized marijuana, according to the initiative’s text.

“Today’s victory is a landmark declaration that the time has come to stop criminalizing people for drug use,” said Kassandra Frederique, executive director of the Drug Policy Alliance, which backed the measure.

According to the AP, the proposal was endorsed by the Oregon Democratic Party, as well as some nurses and physician associations.

In a move that will come as a surprise to many, Oregon voters also approved a measure making the state the first to legalize the therapeutic use of psychedelic mushrooms. Up to this point magic mushrooms have been a felony punishable by up to five years in prison. No state prior to this has even decriminalized magic mushrooms, better yet legalized their use. This is sure to bring up a new federal fight similar to the fight that started when medical marijuana was first legalized in a state (California in 1996).

The biggest news for marijuana reform, advocates, voters in New Jersey and Arizona approved measures legalizing marijuana for adults age 21 and older. In New Jersey, the Legislature now will have to pass another measure setting up the new marijuana marketplace. In Montana and South Carolina marijuana legalization measures are currently leading but the races have not been fully decided.

All of these measure would allow those 21 and older to possess and grow small amounts of marijuana for personal use. They also legalize marijuana retail outlets with a set of regulations and taxes. These outlets would be authorized to sell dried marijuana flower in addition to marijuana-infused products such as edibles, tinctures and oils.

With New Jersey and Arizona’s marijuana laws passing it now brings the U.S. total to 14 states – if Montana and South Carolina hold the total will reach 16.