Do You Use Cannabis? Hold Your Head Up!

Do You Use Cannabis? Hold Your Head Up!

By Steve Elliott, Seattle Weekly columnist, and author of the Little Black Book of Marijuana

“You cannot oppress the people who are not afraid anymore.” ~ César Chavez

If we, as cannabis activists, finish the job we’ve started, we could be the last generation that has to live under the onerous sway of old-style “Reefer Madness.”

Make no mistake about it; we have our work cut out for us. Lots of people, even in the 21st Century, harbor some enormous moral judgments about marijuana and even those who legally use it as medicine. We are given to understand by these anti-pot reactionaries that we should somehow feel guilty about the relief and enjoyment we get from using this beneficent herb. 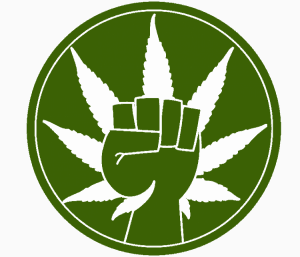 As a legal medical marijuana patient and activist myself, I’m offended by the moralistic, judgmental, and willfully ignorant tone of the anti-marijuana propaganda to which we’re subjected on a regular basis. Cannabis users have become one of the few groups upon which it is still considered “OK” to project damaging clichés and stereotypes which have little to do with reality and a lot to do with outmoded anti-marijuana hysteria.

While most of us wouldn’t think twice about calling someone out for making an overtly racist or sexist statement, few of us are as willing to confront anti-cannabis prejudice when we encounter it. Just remember: Failing to confront and correct ignorance isn’t very different from supporting it.

In 18 states and the District of Columbia, at least some patients who can benefit from the medicinal use of cannabis can now legally do so without having to add worrying about getting arrested, when they already have to worry about their health.

It’s hard for me to understand why any thinking person would look nostalgically back at the days when even those who used marijuana medically were jailed and deemed unemployable. Medical marijuana users deserve to be discriminated against no more than those who use any other legal medicine.

And now that Colorado and Washington have begun the long trek toward true legalization — by which I mean a complete repeal of the marijuana laws, not just a fine-tuning of how much weed you need to go to jail — it is inevitable that, within a few years, adults in all 50 of the United States will be legally allowed to partake of cannabis.

If we are are to be a free society, we cannot continue to destroy people’s lives for making a healthier choice than alcohol when it comes to a recreational substance. We cannot continue to cruelly punish patients who choose to use a non-toxic, non-addictive alternative to Big Pharma’s painkillers and mood-altering drugs.

We cannot continue to waste precious resources, clog up the courts, tie up the police, and lock up productive citizens for making a simple, safe lifestyle choice.

Somewhere today lives the person who will become the very last victim of the War On Marijuana. May the day come soon when there are no more of them.

It’s time for each of us as cannabis users to hold our heads up and tell the truth.