On May 1st of this year, an initiative to decriminalize up to 2.5 ounces of cannabis took effect in the city of Grand Rapids, Michigan; the initiative was overwhelmingly approved by voters in November. In less than 3 months since the law took effect – from May 1st to July 22nd 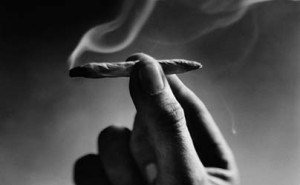 – there have been 244 tickets given out; tickets of only $25. In other words; 244 people received a civil infraction that won’t go on their criminal record, rather than a life-altering misdemeanor, because advocates decided to take a stand, get an initiative on the ballot, and get it voted into law.

All-in-all, the new law has had a minimal effect on the number of cannabis cases police are handling, showing that usage rates didn’t sky-rocket with decriminalization, something which opponents of the initiative often claimed it would do; 266 cannabis cases have been reported from May 1st to July 22nd of this year, compared to 259 during the same period last year.

On behalf of the already hundreds of lives effected by this initiative, and the countless more which will be going forward; thank you to those who helped change the law!