The conflict between local jurisdictions and federal law in regards to medical marijuana is about to get a whole lot more interesting, as multiple medical marijuana dispensaries are gearing up to open within the District of Colombia. 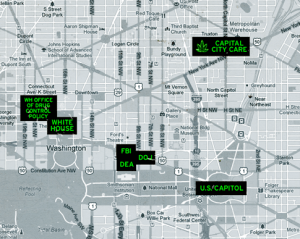 The opening of these dispensaries is due to voters approving medical marijuana in 1998. However, a legal block by congress halted any progression until just a couple years ago. Now, several dispensaries have been licensed, and are opening this spring.

One of these dispensaries, Capital City Care, which received its business license on April 22nd, will be opening within blocks of the White House, and with a clear view of the U.S. Capitol Building.

“There’s no doubt that the juxtaposition of being that close to the body that created prohibition, that’s one of the last intuitions that supports it, is symbolically strong – no doubt about it”, stated Allen St. Pierre, Executive Director of the National Organization for the Reform of Marijuana Laws (NORML), who we spoke with this afternoon, “It might become a legally significant issue if the feds don’t allow the district government to move forward. That would make news as the federal government is allowing something like 3,500 dispensaries to operate around the country, so if they want to put the kibosh on this on these recent D.C. dispensaries, that would definitely mark a big change in the way the federal government is implementing their medical marijuana policies.” He continues, “Our anticipation is that they aren’t going to do anything. The attorney general of D.C. and the federal attorney general have both signed off on the dispensaries opening, despite all parties acknowledging that the federal law hasn’t changed – though public opinion has”.

The new medical marijuana law in D.C. is easily one of the stricter in the countries, at least when it comes to what conditions qualify you as a patient (the qualifying conditions are HIV, AIDS, cancer, glaucoma and multiple sclerosis), but NORML is happy with the progress that’s been made, “There’s no doubt that seeing these dispensaries open can only be viewed as a victory, as long and tortured as it was to achieve”, St. Pierre told us, “Overall, if the federal government doesn’t intervene then in some ways it’ll be an affirmation that states and territories (such as Puerto rico which is attempting to legalize for the first time), it speaks to, in some ways, a nullifying of the laws – that congress and the president aren’t willing to spend the political capitol to change the laws, but will sit on their thumbs and allow these changes to happen.” 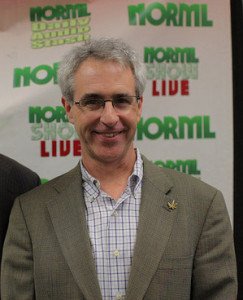 According to St. Pierre, the next step in D.C. is to put the decriminalization of marijuana to a vote of the people – one that would alter current law so that someone possessing or cultivating small amounts would face no potential of a criminal charge.

“The in-between step before legalization is formalized is an official decriminalization initiative. A recent poll shows that support in D.C is as high as everywhere else in the world for decriminalizing marijuana. Considering the size of D.C. and the minimum amount of media that would be required, compared to most of the country, running an initiative in D.C is relatively inexpensive”, St. Pierre told us. He continued, “Specific to the current medical marijuana law in D.C., NORML views it as overly restrictive. We’d like to see some of the restrictions eased, such as allowing home cultivation, allowing a greater range of qualifying conditions, and making sure that the government doesn’t arbitrarily determine the marketplace by limiting the number of dispensaries – let the market decide that!”

Whatever happens in the coming months in D.C., it’s a clear sign of the changing times that qualified D.C. residents will be authorized to purchase marijuana, within blocks of the White House, while that same White House continues to perpetuate a failed war on a natural and non-lethal medicine.