Cost of Marijuana Prohibition in U.S. More Than NASA Budget

Cost of Marijuana Prohibition in U.S. More Than NASA Budget

The U.S. government would rather arrest you for consuming cannabis than explore the great unknown.

According to Jeffrey Miron, a senor lecturer at Harvard University, the U.S. spent (and wasted) roughly $20 billion in 2013 to enforce cannabis prohibition. 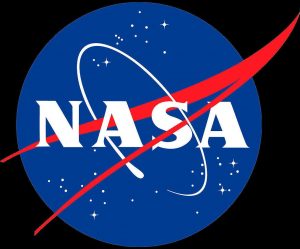 This is despite the policy being an undeniable failure, with black-market criminals running rampant and no decrease in usage rates in sight.

On the contrast, the U.S. has decided that some of the staples of America – such as the National Aeronautics and Space Administration (NASA) – deserve to lose funding. In 2013 the budget for NASA was set at 17.7 billion – $1 billion less than their budget for 2010, and roughly the same as their budget for 2009. This indicates that, to the tune of over $2 billion, the U.S. considers cannabis prohibition to be a bigger priority than NASA. Nearly 50 years after man walked on the moon, the U.S. finds throwing people in prison for consuming nature more important than continued exploration.

Although one could argue that these two budgets (that of cannabis prohibition, and that of NASA) aren’t connected, in a large way, they are. $20 billion is nothing to scoff at, and its usage could have intense real-world applications; whether or not an end to cannabis prohibition would mean an increase in NASA’s budget would be up to lawmakers – and some (including a portion of the public) would argue against it – however, it gives a clear example of how ridiculously intertwined the U.S. has become with this prohibition; as they lower the budget for national icons like NASA – which was once an internationally vaunted institute – they continue to maintain and in some instances raise the budget used to harass nonviolent citizens who decide to use a nonlethal plant.

It’s well past time we end this insane prohibition, and begin to use that money for more important things – whether it’s space exploration, or something else like improving a diminishing education system.