Yesterday Colorado’s marijuana task force – established by the state’s governor to study and recommend regulations on legal cannabis in the state – held its final meeting, and concluded on a number of issues that they were discussing. The panel has voted on a variety of other suggestions prior to today’s meeting, including recommending last week that out-of-state residents be able to legally purchase and consume cannabis. 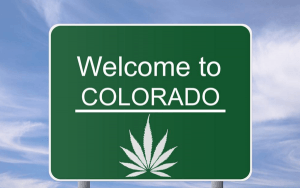 The first action taken yesterday was their recommendation that cannabis-infused alcohol be banned. They also voted in favor of a 15% excise tax on cannabis, as well as a standard sales tax, which would require voter-approved referendums to become law.

In addition, the panel voted in favor of mandated label requirements of serving amounts (potency) on medicated foods such as brownies, as well as mandatory child-proof packaging. The group didn’t come to a conclusion on what the punishment should be for someone over 21 selling to someone under 21, but over 18.

On the unfortunate side of things, the group voted that the legislature consider discouraging, or making illegal, bars, shops, etc. that allow cannabis consumption on their premises, potentially even banning cannabis clubs. They also voted to make cannabis as a donation illegal, recommended that growing outdoors be prohibited, and that localities be given the option to ban or allow retail cannabis outlets.

Also agreed upon was that a regulatory system should be created, similar to how the state handles medical cannabis, which follows the cannabis from seed to sale.

The task force is planned to report their recommendations to the legislature early next month.