Colorado: $75 Million in Legal Cannabis Sold in May

Colorado: $75 Million in Legal Cannabis Sold in May 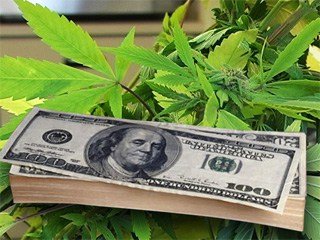 There was $75 million in legal cannabis sold in Colorado in May, resulting in millions of dollars worth of taxes for the state.

In the month of May, $42.5 million in recreational cannabis was purchased, according to data released by the state’s Department of Revenue. There was an additional $32.4 million in medical cannabis sold during the same month, bringing the total amount of cannabis sold to just under $75 million.

These sales resulted in $3.5 million in taxes brought in specifically for school construction, in addition to over $4 million from sales taxes.

In 2014 in Colorado, there was $700 million worth of legal cannabis sold, resulting in $76 million in taxes for the state. These numbers are expected to be much higher by the end of 2015.