Cities Across the Netherlands Seek to Cultivate Cannabis Legally

Cities Across the Netherlands Seek to Cultivate Cannabis Legally

Marijuana sales are allowed in the Netherlands, but those merchants who provide it, such as local coffee shops, face a serious supply problem – it is still illegal to cultivate cannabis in the country. This major loophole leaves those attempting to operate legitimately still stuck relying on the black market. Now, multiple cities across the country are attempting to fix this conundrum. 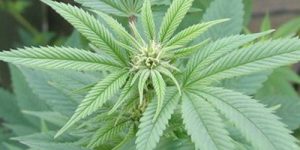 At least 8 cities are submitting proposals for regulations for legally cultivating cannabis to the Dutch Justice Minister;

Amsterdam, Venlo, Zwijndrecht, Eindhoven, Tilburg, Rotterdam, Utrecht and The Hague, with others considering following suit. The city mayors are asking the government to allow them to experiment with the legal cultivation of cannabis, so they can supply coffee shops with cannabis legitimately, rather than requiring them to obtain it illegally.

Mayor Paul Depla of the city of Herleen spoke in regards to the lack of legal process, saying “Marijuana does not fall from the sky”. She suggests that the government take over the growing of marijuana. The Mayor of Rotterdam, Abou Taleb, has echoed a similar opinion, stating that legal cultivation would reduce crime, and improve safety in residential areas: “The backdoor problem… leads to crime, widespread crime, and even deaths, each year in the Netherlands. We’re trying to do something.”

The Justice Ministry has agreed to consider the proposals  – and with roughly 670 coffee shops currently operating across the country, common sense would dictate that they agree to such a change.