Cannabis Protects Skeleton from Age-Related Bone Loss, According to Studies

Cannabis Protects Skeleton from Age-Related Bone Loss, According to Studies

In recent years numerous studies have found that cannabis can protect the skeleton against age-related bone loss, including diseases such as osteoporosis. 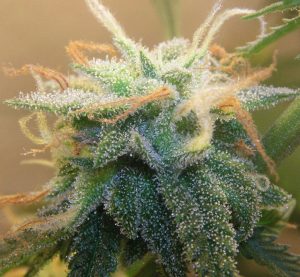 A 2009 study published by the journal Annals of Medicine found that “the main physiologic involvement of CB2 [cannabinoid receptor type 2] is associated with maintaining bone remodeling at balance, thus protecting the skeleton against age-related bone loss.”

A 2010 study published by the National Institute of Health concludes: “This review summarises in vitro and in vivo findings relating to the influence of cannabinoid ligands on bone metabolism and argues in favour of the exploitation of cannabinoid receptors as targets for both anabolic and anti-resorptive therapy for treatment of complex multifaceted bone diseases such as osteoporosis.”

According to a 2011 study published by the Journal of the Federation of American Societies for Experimental Biology; “Our results demonstrate the importance of CB1 and CB2 receptors in regulating bone modeling/remodeling. Additional studies will elucidate the mechanisms following CB receptor activation and the signaling pathways affected, which can lead to therapies for the treatment of various forms of osteopenia and to accelerate bone formation which would have a favorable clinical outcome.

A 2012 study, also published by the National Institute of Health, found similar results; “These data suggest that small molecules modulating the endocannabinoid system [cannabinoids, for example] could be important therapeutics in human bone disease.”

These studies (which aren’t the only ones) make it clear that cannabis can be beneficial in protecting the body against age-related bone loss, and bone-related diseases.