Today marked the first day of legal recreational cannabis sales in Washington State, with six outlets open in various parts of the state 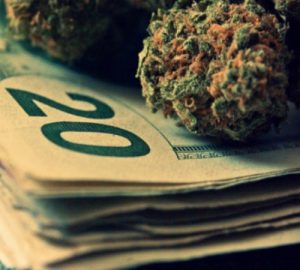 , including one in Seattle and two in Spokane. Although the price of cannabis varied per outlet, and per strain, the lowest priced cannabis, when contacting all six locations, was found to be $13 a gram, with the highest price being $27 a gram.

$13 a gram for recreational cannabis is relatively reasonable, especially when considering medical cannabis prices in Washington range from $10 to $15 a gram. However, $27 a gram is certainly hard to swallow, and hopefully not a price that will be common in the emerging industry.

Most likely, these type of prices won’t been seen (or at the least will be rare) as more outlets open – 334 in total are approved throughout the state – though some will retain high prices until the number of approved outlets is increased, allowing for further competition.

Outlets, however, aren’t entirely at fault for the high prices; a bloated tax structure takes a lot of the blame. Under the state’s recreational cannabis tax structure, cannabis is taxed at 25% at three different levels, in addition to a standard sales tax.

In Colorado, which began recreational cannabis sales in January, the price of cannabis has been roughly the same as what was seen today in Washington, being $15 to $20 a gram on average.