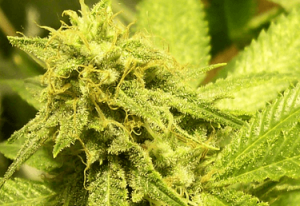 if they want to legalize cannabis for those 21 and older, while letting the Legislature work out the specific details, such as regulations and taxes. The Senate and House Judiciary Committee held a hearing to discuss the proposal.

In the last session, Oregon’s House Judiciary Committee, with a vote of 6 to 3, became one of the first statewide legislative committees in U.S. history to approve a proposal specifically legalizing the possession, use and sale of recreational cannabis. Unfortunately the bill stalled in its next committee; however, advocates are optimistic that a proposal – especially one that has the legislature putting the issue to a vote of the people – has a good chance of advancing further, and Prozansk agrees.

If the proposal doesn’t progress, there’s still a good chance that Oregon voters will be weighing in on the issue next year; New Approach Oregon recently filed an initiative to legalize the possession of up to 8 ounces of cannabis, and the proponents of last year’s Measure 80 are already collecting signatures on two proposals (one a constitutional amendment, one a simple state-law change) that would put cannabis legalization to a vote in 2014.