Starting Tuesday, Canada’s federal government will be launching a $1.3 billion market for medical cannabis, which is expected to eventually supply over 450,000 Canadians with cannabis 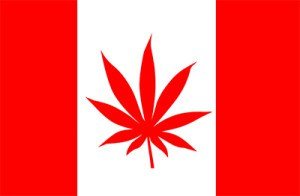 Health Canada is replacing a system which relied on small-scale, home cultivation to supply medical cannabis, in exchange for a system of large indoor farms certified by Canadian police. Health inspectors will be tasked with the production, packaging and distribution of a variety of cannabis.

Initial sales under this new program are expected in the next few weeks.

The government will be putting no limit on the number of large grow operations that are in operation; they plan to base production on demand. The government is also expected to import some cannabis from places such as the Netherlands.

156 firms have already applied to become a producer or distributor. The first two received their licences last week.

Canada currently has 37,400 authorized medical cannabis patients, but officials expect that number to be closer to half a million by 2024; these estimates are considered to be conservative.

Health Canada projects that cannabis will be sold at an average of $7.60 a gram by next year, once the old system is phased out.