Bunk Study Claims Cannabis Use Associated With An Increase In Strokes

Bunk Study Claims Cannabis Use Associated With An Increase In Strokes

At the American Stroke Association’s International Stroke Conference this week, researchers at the University of Aukland (yeah, we hadn’t heard of it either) are presenting a study, in which they’ve “found” that cannabis consumers are 2.3 times more likely to have a stroke. This story hasn’t hit the media too hard yet, but it will soon, as they tend to love anti-cannabis propaganda such as this. 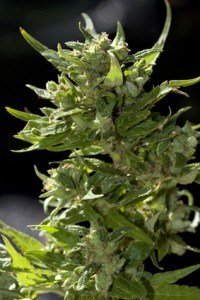 First, we’d like to note that the study only had 160 participants. All were stroke victims. There way of determining the increase was that those who tested positive for cannabis in their urine were apparently 2.3 times more likely to have had a stroke than those of the same gender/age group. If you’re thinking about this like we are, we strongly question the scientific integrity of this method.

What’s even worse? All but one of the cannabis consumers in the study also smoke tobacco.

When you read or listen to Alan Barber, the lead researcher of the study, you can quickly see where a bias might come in; “Cannabis has been thought by the public to be a relatively safe, although illegal, substance…..This study shows this might not be the case, it may lead to stroke.”

He continues, “People need to think twice about using cannabis, because it can affect brain development and result in emphysema, heart attack and now stroke”.

You’d be hard-pressed to not notice a prohibitionist undertone.

Barber states that his researchers are planning to do an additional study to confirm a correlation. We as well hope to see further studies on the issue, but one using more comprehensive science, and without such a clear bias.