Bill to Defelonize Drug Possession Passed Into law in Maine

Bill to Defelonize Drug Possession Passed Into law in Maine 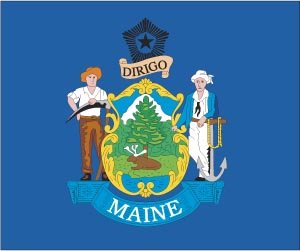 LD 1554, a proposal to defelonize the personal possession of drugs such as cocaine and heroin, has been passed into law in Maine. The measure has become law without the signature of Governor Paul LePage.

Under the proposed law, the personal possession of small amounts of drugs such as cocaine, heroin, meth and oxycodone would no longer carry with it a potential felony charge, but instead would be punishable by a much less severe misdemeanor. The vote for the bill in the House of Representatives was 132 to 17, while support in the Senate was unanimous, 35 to 0. It was introduced by Republican Senator Kimberley Rosen, with five bipartisan cosponsors.

According to a survey conducted earlier this year by the Drug Policy Alliance, 64% of voters in Maine believe that those caught possessing small amounts of drugs should be offered treatment, not threatened with jail time or fines.

The full text of LD 1554 can be found by clicking here.