In an exciting move, in a state with support for legalization above 50%, House Bill 492 has been introduced in the State of New Hampshire.

The legislation, sponsored by a handful of bipartisan legislators, would legalize the possession of up

to an ounce of cannabis, as well as a limited number of home-grown plants – as long as you’re 21 or older.

In addition, HB 492 would allow for licensed facilities to manufacture cannabis, which would be sold through licensed and regulated retail stores. You can read the entirety of the text here.

In an 8-4 vote, the Los Angeles City Council has put a measure further regulating medical marijuana dispensaries to a vote of the people – the vote will take place May 21st, 2

The measure, which is an accumulation of much-discussion amongst the council, comes after a back-and-forth from the council that’s left people confused, and unsure of how to move forward.

If passed, the bill would drop the number of dispensaries, which is currently around 1,000, to roughly 130. In addition, it would ban locations from operating within 1,000 feet of a school, or 600 feet from certain public places like libraries (huh?). In addition, it slightly increases the cost to obtain a medical cannabis business license.

The news comes with two other initiatives already headed for the ballot, and as activists are attempting to get a statewide initiative on the 2014 ballot to expand upon California’s current medical cannabis policy.

Waking up and thinking, “why do I have a catheter?”

Man this is irritating. Aren’t humans silly? Here I am waking up after a night of flat lining and being brought back to life and I’m complaining about discomfort. I should be thankful that I can still experience discomfort. I was just dead a couple hours ago.

That was the morning I w 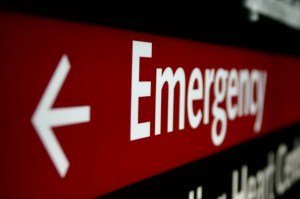 oke up at the Hospital in Kennewick Washington. I actually started racking my brain for ways to just slink back in to the shadows, like I could just brush it under the rug and act like it didn’t happen. Get to school and take that test for which I have been studying. No one will ever know.

But everyone did know. There was no way out. I was stuck there in the hospital bed on my back, dried charcoal on the corner of my mouth because I had recently overdosed on alcohol and aspirated my own vomit.

Read moreWhy is Society Steering Me Back to My Murderer?

In a recently released report, Canada’s Liberal Party has put forth their reasoning for why the country should legalize cannabis, while also laying out important pointers in assuring that the system works:

The legal status quo for the criminal regulation of marijuana continues to endanger Canadians by generating significant resources for gang-related violent criminal activity and weapons smuggling – a reality which could be very easily confronted by the regulation and legitimization of Canada’s marijuana industry.

Hammering the nail on the head, the report lays out two vital things to consider when it comes to legally regulated cannabis; the quality must be top-notch, and the price must be cheap. Otherwise the black-market, which has grown increasingly dangerous and leads to the direct enrichment of criminal organizations, will win.

During the current legislative session Washington State legislators will be considering House Bill 1084, being referred to as the Ric Smith Memorial Act. The name is in honor of the recently deceased activist, who many saw as a hero within the cannabis reform movement.

The core function of this legislation is bringing defined arrest protection for medical cannabis patients in the state.

With the passage of Initiative 502 in November, some may see this as unnecessary, but in reality it’s big, long-overdo step forward for patient protection. Under I-502, portions of which took effect on December 6th, 2012, patients (as well as anyone 21 or older) now have arrest protection for possession of up to an ounce of cannabis. The quandary lies in the fact that under Washington State law, an individual can possess up to 16 ounces, as well as grow up to 15 plants, with a valid authorization.

In a move more typically aligned with a state like Georgia, legislators in Washington State will be considering House Bill 1190, which would require recipients of TANF (Temporary 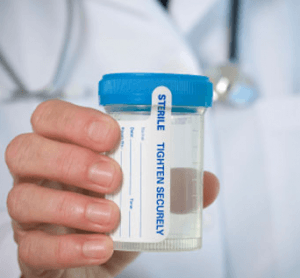 Disguised as a way to stop drug addicts from spending taxpayer money, it’s far more a ploy to grow this particular branch of prohibition, and, just like the drug war itself, disproportionately effect the poor.

Dr. Lester Grinspoon has been one of the most vocal and respected voices within the cannabis reform movement for years. A retired Harvard Psychiatry Professor and author, Dr. Grinspoon tends to turn heads when speaking about how adamantly he opposes our failed prohibition on cannabis. We had the honor of speaking with him recently to ask him a few questions.

What would you say is the number one reason for our country to end cannabis prohibition?

Freedom. We have a right to be able to put in our bodies what we want.

What caused you to start actively participating in ending cannabis prohibition?

It goes like this: In the early 1960’s, Carl Sagan and I were very close friends. We were for three decades. When I met him in the 60’s he was smoking marijuana and I, a young physician who of course knew “everything”, I told him that it was a dangerous, harmful thing to be doing.

Cannabis law reform has gained a tremendous amount of momentum in the past several years, specifically in 2012, when historical statement votes were made in both Colorado and Washington. The p

olitical atmosphere has shifted in drastic fashion, and we’re winning.

As the battle wages on, here’s a state-by-state look at efforts across the country to fight against this failed prohibition.