Chris Williams, a former medical cannabis provider in Montana, has been sentenced to five years in federal prison.

Williams, who was indicted by the feds on charges that could of put him in prison for life, ended up being convicted of eight charges after a September trial in which he was not allowed to use Montana’s medical cannabis law as a defense (a real “fair trial”).

Initially, Williams faced a mandatory sentence of more than 80 years in prison.


A new bill was introduced by Washington State Representative Roger Goodman (Democrat – 45th District) and others. It includes controversial language that would restrict commercial drivers from having any amount of THC in the system, or risk losing their commercial license for at least one year.

While this might sound like a good idea on the surface, one only needs to remember that Washington State voters passed I-502, which makes it illegal to drive with more than 5 nanograms.

Rep.  Goodman tried to introduce a DUI bill a few years back that would have implemented an 8 nanogram limit, but quickly withdrew it after heated debate and lack of science behind proving impairment.

This was the big issue that surrounded the 502 debate, with patients and other activists warning that the standards were not appropriate for a state that allows for the medical use of cannabis, especially when most patients would test well over that limit just from their regular use.

In an interview with Fox news, Goodman stated he has heard about the concerns “as to how reliable this 5 nanogram is. There is not much science behind it so I’m expecting challenges in the future.

Ending with over 300,000 valid signatures from Washington State residents, Initiative 522 has officially qualified for the general election ballot in November (unless legislators vote to pass it during the current legislative session).

If passed, the measure would establish mandatory labeling of foods produced through genetic engineering. It would set up legal, monetary penalties for companies who don’t abide by the new requirements.

The initiate is being spearheaded by Chris McManus, the Campaign Manager for Label It WA (the sponsor of the measure), and his wife Leah.

Prior to working on this initiative, Chris and Leah were county coordinators for the non-profit political committee Sensible Washington, working towards a repeal of cannabis prohibition. The duality between the movement to force labeling of GMOs (genetically modified organisms), and the movement to reform our cannabis policies, is clear. As cannabis inevitably becomes legal across the nation, and as big corporations try and sink their teeth into the new industry, changing society’s mindset (and laws) as it regards to genetically modified ingredients is vital.

We here at TheJointBlog may not share the same opinion as everyone else, but when it comes to legal cannabis we would much prefer the option of knowing if the cannabis we’re buying contains GMOs, and if given the choice, we’d rather buy some without.

Initiative 522 is a major step in giving us that option. 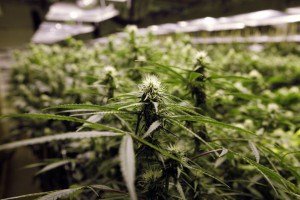 The video, which was sent out in a press release, uses Dr. Seuss style animation and rhyming to summarize the current travesty of our medical cannabis policies, as well as the attacks on Harborside’s clinic, which has faced continual attempts to be shut down. The title is in reference to U.S. Attorney Melinda Haag, who has been one of the guiding forces in attempting to close the dispensary.

“We could’ve made a documentary that showed how stressed out and worried we are, how petrified our families are, not to mention our employees…Being in the cross-hairs of the feds is scary as hell. But one of the powerful lessons that cannabis has to teach us, one of the healing properties of the plant, is the sense of humor that it brings out in us–the childlike quality that should be a part of our adult lives and is often lost in our modern and hectic world. Cannabis can help restore this and that is the spirit in which ‘The Haag’ was made”, said  Dr. Andrew DeAngelo, Director of Harborside, in the press release.

There was once a land called NorCal, amongst the cannabis trees..

..where the folk that smoked their flowers, lived a happy life, in peace

But an ancient law dictated, that all cannabis is bad..

..so the G-men confiscated, every flower that they had..

Arizona’s first medical cannabis dispensary, Arizona Organix, will host an open house for the public on February 2nd. A tour will be offered, and being a qualified patient isn’t necessary.

The Glendale access point, opened just a couple months back, is hoping to teach the public about the benefits of medical ca 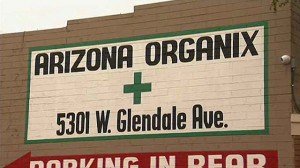 nnabis, show how it’s helping patients in the state, and display how a legal access point is run. In a state where there’s still substantial controversy over cannabis, even for medicinal use, an access point opening their doors to the public is likely to help break through a lot of stigmas.

Arizona Organix is requiring that people RSVP for a tour, though there’s no limit on participants.

Barely over two weeks ago San Diego mayor Bob Filner made national headlines, and caught the praise of cannabis reform advocates across the nation, when he ordered an end to the attacks on safe access points within the city. 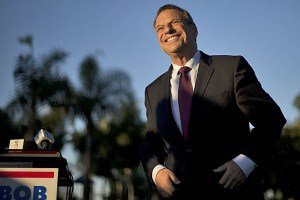 It turns out, the first-term mayor was either blowing hot air out of his ass, or quickly fell to political or monetary pressure.

The mayor has quickly backed down on this promise, and took part in a joint statement with the city attorney and city council president, telling individuals not to open medical cannabis dispensaries. This statements comes around the same time as the city’s council voted unanimously to continue civil actions against access points in the city.

New Mexico Senator Gerald Ortiz y Pino (D-Albuquerque) wants the people of his state to be given the chance to vote on a constitutional amendment to legalize cannabis. 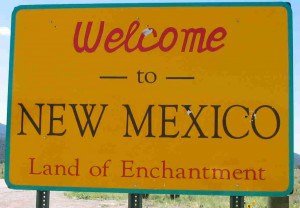 The senator plans to construct a resolution that would be voted on within the state’s legislature, that would be sent to the 2014 general election ballot if it were to pass both the house and the senate.

“Permits to produce it, permits to sell it – all those could be revenue streams for local and state government…..We’re also destroying a lot of lives in the process as we send people to jail or prosecute them,” said Ortiz y Pino on the issue.

As reported by the Salt Lake City Tribune, Roman Juarez-Sanchez of Compton, California, is facing life in prison for over 4,200 cannabis plants found on U.S. Forest land in Iron County, Utah. 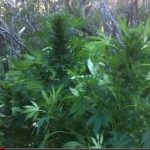 His sentencing is set for April 1st.

Two other individuals have pleaded guilty to manufacturing/cultivating a controlled substance, and Juarez-Sanchez faces a mandatory minimum of 10 years in prison.

The DEA, who are clearly proud of themselves that a man faces life in prison for growing a non-lethal part of nature, called the bust a “victory”.

By Steve Elliott, Seattle Weekly columnist, and author of the Little Black Book of Marijuana

“You cannot oppress the people who are not afraid anymore.” ~ César Chavez

If we, as cannabis activists, finish the job we’ve started, we could be the last generation that has to live under the onerous sway of old-style “Reefer Madness.”

Make no mistake about it; we have our work cut out for us. Lots of people, even in the 21st Century, harbor some enormous moral judgments about marijuana and even those who legally use it as medicine. We are given to understand by these anti-pot reactionaries that we should somehow feel guilty about the relief and enjoyment we get from using this beneficent herb.

As a legal medical marijuana patient and activist myself, I’m offended by the moralistic, judgmental, and willfully ignorant tone of the anti-marijuana propaganda to which we’re subjected on a regular basis. Cannabis users have become one of the few groups upon which it is still considered “OK” to project damaging clichés and stereotypes which have little to do with reality and a lot to do with outmoded anti-marijuana hysteria.

While most of us wouldn’t think twice about calling someone out for making an overtly racist or sexist statement, few of us are as willing to confront anti-cannabis prejudice when we encounter it. Just remember: Failing to confront and correct ignorance isn’t very different from supporting it.

Read moreDo You Use Cannabis? Hold Your Head Up!