Arkansas Attorney General Dustin McDaniel has given approval to an initiative aimed at legalizing medical cannabis in the state. The initiative, which 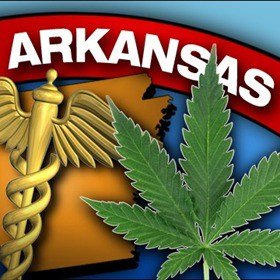 was given an official ballot name and title by McDaniels, was submitted by Arkansas for Responsible Medicine. With approval from the attorney general, advocates can now begin to collect signatures: They’re required to collect roughly 64,000 to qualify for the 2014 general election ballot.

Arkansans for Compassionate Care, a separate group from Arkansas for Responsible Medicine, had a similar initiative rejected based on “ambiguities” in the language. A third group, Arkansans For Medical Cannabis, recently submitted an initiative aimed at legalizing cannabis for all  purposes.

Regardless of which initiative ends up garnering the most support and attention, it’s clear that activists across Arkansas are hard at work attempting to reform their state’s cannabis policies, something we commend profusely.

In 2012, Arkansas voters narrowly defeated an initiative – Issue 5 – which would have legalized medical cannabis in the state. The vote was 49% to 51%.