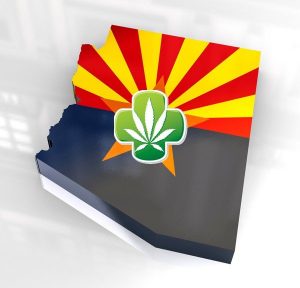 In a move that adds some strong momentum to an initiative which already has plenty of support, on Sunday Arizona’s largest newspaper endorsed the ballot initiative that would legalize recreational marijuana. The paper wrote that “the moment has come to correct the mistake” of prohibition made decades ago. The endorsement of Proposition 207 by the editorial board of the Arizona Republic comes as early voting for the November 3rd general election begins in the state this week, reports High Times.

“The Arizona Republic recommends passage of Prop. 207 because we need to right an historic wrong — to decriminalize marijuana use and put the responsibility back on individuals to choose wisely when it comes to low-grade substances such as marijuana and alcohol,” states the paper’s editorial board.

“With a circulation of approximately 130,000, the Phoenix-based Arizona Republic is the state’s largest newspaper, giving its generally conservative viewpoint and endorsements considerable clout with the electorate”, state High Times. “The editorial board wrote that legalizing cannabis is inevitable and that doing so will correct an overreach of government authority made long ago.”

“It will be legal because the United States made a mistake when it chose to employ criminal law to control marijuana use — an improper use of the government’s most muscular authority,” they wrote. “Now we’re in the process of a state-by-state correction.”

Proposition 207 would legalize the possession, use and purchase of up to an ounce of marijuana and up to six marijuana plants for those 21 and older.

“California legalized recreational marijuana four years ago. New Mexico’s governor won election in part on the promise to legalize,” they wrote. “Colorado pushed the lever in 2012, and our sisters and brethren due north legalized medical marijuana two years ago. When LDS Utah legalizes marijuana, it’s game over.”

They continue: “But state lawmakers have had plenty of time to get in front of the parade and design the regulatory environment for the inevitable legalization of pot,” they insist. “Over and over they have refused to do so. It’s time to get on with it.”

Although the paper officially endorses the legalization initiative, they make sure to point out that they are “no cheerleaders for huffing weed”, noting that the initiative is “a sweetheart deal for the existing marijuana industry, because it was written by the industry. Nor are we fooled by the promise of multimillion-dollar budget windfalls.”

“Consensus continues to grow in this state and nation that we were wrong to criminalize marijuana. The moment has come to correct the mistake.”

They conclude by stating: “The Arizona Republic recommends Arizonans vote “yes” on Prop. 207″.