And the Award for Most Reformed State During the 2013 Legislative Session Goes to..

And the Award for Most Reformed State During the 2013 Legislative Session Goes to..

With summer in full-swing, and with months of political bickering already behind us, the 2013 legislative session has adjourned for many states, with most of the remaining few finishing their final days. During this 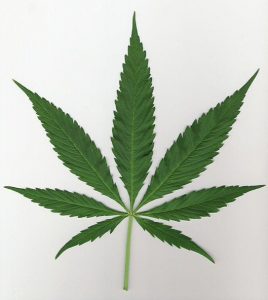 session, cannabis reform has been a popular and much-discussed topic in numerous states.

As a result, Colorado now has a regulation and taxation system in place for their newly-legal recreational cannabis industry, legislatures in Illinois and New Hampshire have approved measures legalizing medical cannabis, Vermont lawmakers voted to decriminalize small amounts of cannabis (which is already in effect), Nevada voted to legalize medical cannabis dispensaries, etc., etc..

With all of the movement made so far this year, one state stands out as having made the most progress in regards to their cannabis policies – the year obviously isn’t over, but we don’t see the outcome changing.

Oregon’s Legislature – and governor – has taken multiple steps to drastically alter the state’s cannabis laws for the better, and activists continue to push for further reform.

Once each of the approved-proposals takes effect, these changes will be made to Oregon’s cannabis laws:

In addition to these changes, in April Oregon’s House Judiciary Committee become one of the first legislative committees in U.S. history to approve a measure which would explicitly legalize cannabis; the measure – which would have legalized possession, private cultivation and state-licensed retail outlets – has failed to advance, but has garnered a large amount of attention.

In response to the legislature’s refusal to act upon full legalization, the proponents of last year’s Measure 80 – which would have legalized cannabis in Oregon but failed narrowly in November’s general election – have filed two legalization initiatives (one a constitutional amendment, one a state-law change) aimed at the 2014 ballot.

All-in-all, it’s been a great year for cannabis law reform, especially in Oregon. We couldn’t be more excited to see the changes that will take place in the coming months and in the next legislative session!