American Flag Made of Hemp to be Flown at U.S. Capitol Building on July 4th

American Flag Made of Hemp to be Flown at U.S. Capitol Building on July 4th

In a huge symbolic victory for hemp advocacy, the American flag being flown at the U.S. Capitol Building on July 4th – Independence Day – will be made entirely of hemp. 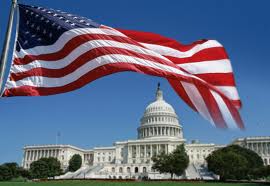 According to the Washington Post,  Michael Bowman – a hemp advocate from Colorado – gave the flag to Colorado Representative Jared Polis, who worked with the Capitol’s flag office to get permission to fly the flag on July 4th. According to Bowman, who made the flag from Colorado-grown hemp, the flag being placed at the Capitol Building is “a powerful symbol”.

The placing of this flag comes at a time when federal lawmakers have been seriously considering several federal hemp proposals; last month the House of Representatives voted to approve an amendment legalizing hemp research, though the bill it was attached to (a national farms bill) was voted down. However, the approval of the amendment indicates that further reform measures have a legitimate chance of passing, especially considering that the House Majority Leader and Senate Republican leader are both working towards an end to hemp prohibition.

According to most historians, the first American flag – created by Betsy Ross in 1776 – was made of hemp.