America to Legalize Hemp Cultivation by Next Year, Predicts Congressman

America to Legalize Hemp Cultivation by Next Year, Predicts Congressman

During a conference this week at The Brookings Institution, Congressman Earl Blumenauer, a Democrat from Oregon, predicted that the current Congress – in office until the end of next year – will legalize the cultivation o 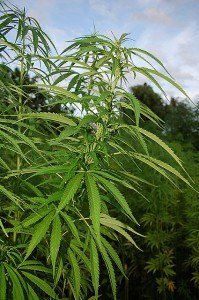 f hemp, ending a decades long prohibition that was never founded on anything but baseless propaganda.

Congressman Blumenauer is one of several bipartisan legislators which have signed on to House Bill 525, a measure which would effectively end the nation’s prohibition on hemp, by excluding it from the U.S. Federal Controlled Substances Act. A companion measure in the Senate is sponsored by Republican Senate Leader Mitch McConnel.

If the legislation was to pass, states which have legalized hemp production – such as Kentucky and Oregon – would be authorized to immediately begin licensing hemp farmers without running afoul of federal law. This would be a huge step in the right director for our nation – congressional research from last year indicates that we import nearly half a billion dollars worth of hemp from other countries. The same research found the hemp market to consist of over 25,000 various products.