All Marijuana Use is Medicinal

All Marijuana Use is Medicinal

Many medical marijuana opponents often cite in their opposition – with no valid backing – that the majority of patients aren’t actually sick, and are using marijuana “just to get high”. This is, of course, based on a 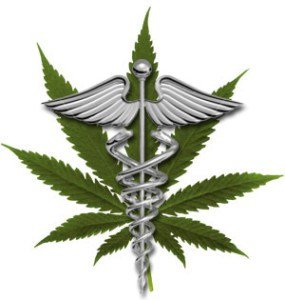 n assumption that they know what someone who’s “sick” looks like, as if all ailments are visible.

Besides this assumption being a fundamental fallacy, what those who make this argument don’t understand, is that all marijuana use is medicinal.

People are rapidly beginning and continuing to understand the vast medical benefit that marijuana contains, helping with everything from glaucoma to multiple sclerosis. Many of the dozens of conditions that marijuana helps are conditions where it brings immediate relief.

For example, when someone with glaucoma consumes cannabis, they typically have an immediate easing of pressure in their eyes, and their sight improves drastically. Someone with cancer who takes a few tokes will have an increased appetite, and less nausea. So on and so forth.

However, few people take into account just how incredible marijuana is as a preventive medicine, which effects all consumers. In fact, it’s easily the most diverse preventive medicine on the planet, and someone would be hard-pressed to prove that statement wrong.

For example: Recent research has found that marijuana..

At this point, and this is exciting stuff, we’re preaching to the choir when speaking in support of medical marijuana. Recent polling has found 85% of Americans to be in support of legal medicinal cannabis. The truth, and science, is breaking through decades of propaganda, and fast. Now we must get elected officials to understand the suffering they’re causing by refusing to end a prohibition on a medicine that could help essentially everyone on this beautiful rotating planet.