The Alaska Lt. Governor’s office has officially certified an initiative to legalize cannabis in the state, passing it through its first major hurdle towards making it on the 2014 ballot. 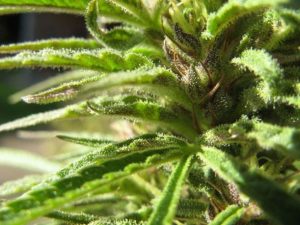 Advocates will need to gather 30,169 valid signatures by next summer in order to put the proposal to a vote of the people in next year’s general election. Tim Hinterberger, the prime sponsor of the initiative, aims at having the signatures gathered by January.

If the proposal is approved by voters, it would become entirely legal in Alaska for individuals to possess and consume up to an ounce of cannabis. The measure – as with Initiative 502 in Washington and Amendment 64 in Colorado – would also legalize state-licensed retail outlets and cultivation centers. Those smoking in public would be subject to an $100 fine.

According to the Associated Press, it will take about a week for the elections division to prepare the petition booklets – once that’s finished, proponents can begin gathering signatures.

“Obviously getting it approved by the lieutenant governor’s office is a good step indicating that, that we’re not going to run into roadblocks,” said Hinterberger.