82% of Americans Believe U.S. is Losing the Drug War, Only 4% Believe It’s Being Won

82% of Americans Believe U.S. is Losing the Drug War, Only 4% Believe It’s Being Won

A new Rasmussen poll released yesterday has found that an overwhelming 82% of Americans believe that their country is losing the war on drugs, with only 4% believing it’s being won. 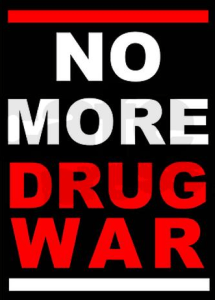 “Americans continue to overwhelmingly believe that the so-called War on Drugs is failing”, states Rasmussen in their report.

The poll also asked those in the U.S. whether or not they favor the legalization of cannabis; 44% responded that they do, with 42% stating that don’t (the remaining 14% were undecided).

In addition, the Rasmussen poll asked participants whether or not they were in support of Attorney General Eric Holder’s recent announcement to restrict the usage of mandatory minimum sentences for simple drug possession, and found that 51% were in favor, with just 25% being in opposition (24% remained uncertain).

Although past polls have found that a majority of Americans feel that their country is losing the drug war, 82% is by far the highest that’s been recorded.