Over 70% In Oklahoma Support Medical Cannabis Legalization, According to New Polling

Over 70% In Oklahoma Support Medical Cannabis Legalization, According to New Polling

According to new polling conducted by the Sooner Poll, and commissioned by Oklahoma NORML, an overwhelming number of Oklahoma residents support the legalization of medical cannabis. 71% are in favor of such a move. 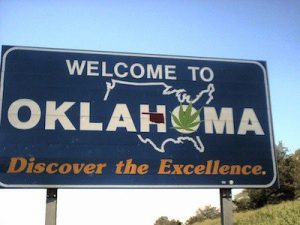 The poll also found that 56% of those in Oklahoma support the decriminalization of cannabis, reducing the penalty from a criminal offense, to a simple ticket.

In addition, the polling found that 81% in the state believe that they, not the federal government, should have the final say over their state’s cannabis policies.

In Oklahoma, the possession of even a small amount of cannabis can net someone a felony charge, with a potential year-long prison sentence. A subsequent charge can be a prison sentence of 2 to 10 years.

This poll is one of the first to show that such a strong majority in the state are in support of cannabis law reform. We have little doubt it will turn some heads.