50 years ago today, thousands marched on Washington and watched the inspiring Martin Luther King Jr. announce that he has “a dream”; a dream of equality, and a dream of a better future for his friends and family. 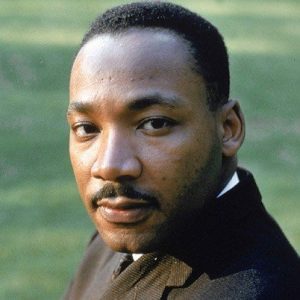 Although we’ve made tremendous strides since that speech, one can’t help but wonder what Mr. King would think of our current drug war, which has become a massive cycle of institutional racism, trapping minorities in a system which harshly criminalizes simple drug possession, creating perpetual criminals in the process by removing opportunities for housing, education and work, leading many to a life of crime just to “get by”.

Even for those who are innocent, the war on drugs has given racist law enforcement officials a weapon to consistently harass those in minority communities, all for the simple possibility that they might find a speckle of an illegal drug; oftentimes basic constitutional rights like the requirement of a warrant are thrown to the wayside, ignored by reactionary police who jump at the first chance of busting someone for illegal drugs, helping them reach their quota so that they can receive more federal drug money.

The result of them finding these drugs (which is normally found in small amounts for personal consumption) is the over-inflation of our prisons with nonviolent offenders – mostly minorities – at taxpayer expense; according to a report released last month, nearly 50% of all federal inmates are in prison for a drug-related offense. This is due primarily to law enforcement focusing heavily on individuals who are in possession of a miniscule amount, rather than focusing solely on big-time distributors.

Although Caucasians certainly fall prey to this system as well, there’s absolutely no denying that minorities – especially African Americans – are persecuted, prosecuted and harassed at much higher rates: For example, the American Civil Liberties Union released a report earlier this year which found that someone who’s African American is 4 times more likely to be arrested for cannabis than someone who’s Caucasian, despite them not using cannabis at a higher rate; in some areas, like Washington D.C., that number is 8 times or higher.

This disparity has led civil right leaders to stand up against the policy, urging for a more responsible approach to dealing with drug use and abuse, such as calling for rehabilitation, rather than incarceration.

As we look back at these past 50 years, we must remain proud of the advancements we’ve made to reach equality, but we must also be humbled at the fact that we’ve got a long way to go.