It’s almost hard to believe when you consider how strong prohibition continues in most parts of the country, but 27 states in the U.S. have either decriminalized cannabis possession, legalized possession and state-licensed retail sales, legalized cannabis for medicinal purposes, or a combination of the three. 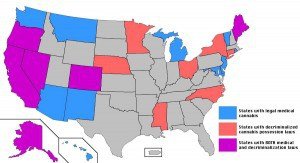 A breakdown of states that have decriminalized cannabis or legalized it for medical purposes.

The cannabis plant isn’t new, and neither is its usage. For example; pounds of cannabis have been found in Chinese tombs dating back thousands of years. Going even further back, cannabis is said to have co-evolved with humans, which is likely why it contains such intense medical value for our species. This indicates that the cannabis plant has followed us through most, if not all, our existence. 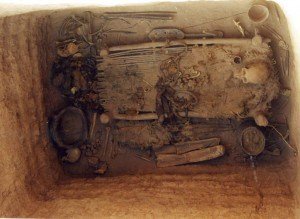 A Chinese tomb where pounds of cannabis was found.

In a drastically important, yet widely under-publicized study examining thousands of infants, those who had cannabis in their system had nearly half the rate of mortality; 8.9 deaths per 1,000, compared to 15.7.

To some, especially those unfamiliar to cannabis as a medicine, this may sound a little far-fetched, but the numbers stand strong, and the study is the most comprehensive we have on the issue. We truly hope we see more in the future. 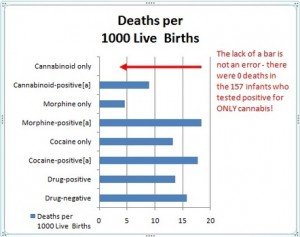 A chart on the study from examiner.com.

To many legalization advocates this is nothing new, but to those who haven’t heard it before, it’s a shock. As part of a short-lived federal medical marijuana program (yes, the hypocrisy is thick as mud), four people who were grandfathered in receive 300 pre-rolled cannabis joints from the government every month. And they have for years.

The program’s initial existence, and the government’s continuation of supplying these joints, adds an odd layer to the current war on cannabis that sees the feds putting people in prison for years for far less than the 300 joints they supply to these individuals every month. 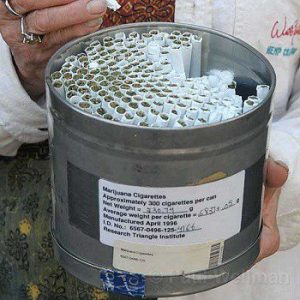 Four people receive a monthly canister of joints from the U.S. government.

From the early 1600’s to the 1800’s, hemp was considered valuable enough that it was actually allowed to be used as legal tender in Pennsylvania, Virginia, and Maryland. You could even pay your taxes with hemp!

Hemp was the equivalent of cash in colonial days.

Over 30 nations across the world allow for hemp to be grown as an industrial commodity. According to congressional research from 2005, America is the only “developed” nation in the world that doesn’t allow it; although we allow for the sale and production of hemp products. 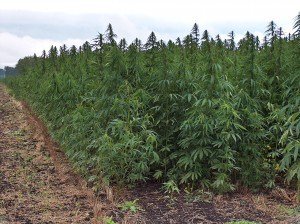 America is the only “developed” country to outlaw hemp production.

A process called phytoremediation is used to clean areas suffering from immense nuclear contamination, by using plants to absorb the toxins out of the soil and water.  Hemp is one of the most effective plants for this process, and has been used to clean contaminated soil around the world, at locations like Chernobyl. 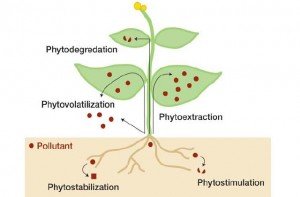 The process of phytoremediation.

Cannabis was used as the primary ingredient in a variety of tinctures and concoctions prescribed by doctors for a myriad of maladies from 1850 up until 1942, when it was removed from the U.S. Pharmacopoeia – much to the protest of many physicians, including the American Medical Association.

Legal cannabis tincture from over a century ago.

Recent studies have shown states that have legalized the usage of medical marijuana have seen a significant decrease in suicide rates. The most heavily impacted group were males ages 20-29, which saw an 11% decrease. In these same states, there was also a decrease in traffic fatalities. 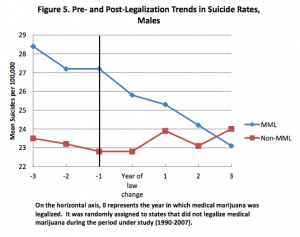 Although many people are aware of hemp’s use for things like clothing and rope, one capability is often overlooked: the plant’s ability to be processed into effective, environmentally-friendly biofuel. Hemp oil could easily replace most petroleum products, and it can even be used in place of gasoline to fuel vehicles. 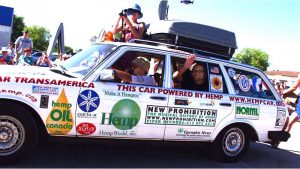 This car has traveled over 13,000 miles on strictly hemp fuel.

Definitively hypocritical, and a sign that the government knows it’s lying and eventually wants the monopoly over cannabis as a medicine, the feds have patented multiple cannabis compounds, and cannabis-related pharmaceutical drugs. One such patent is for cannabis to be used as an antioxidant and neuroprotectant. 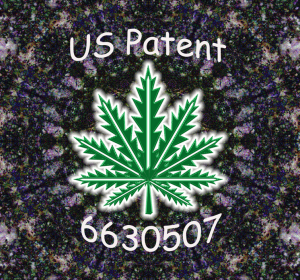 The government owns the patent to cannabis as an antioxidant and neuroprotectant.

Our body is made to accept cannabis as a therapeutic and medicinal substance. As humans, we have our own endocannabinoid system, as well as receptors; the primary reasons it’s so useful as a medicine.

Breast milk, for example, is said to contain heavy amounts of naturally-produced endocannabinoids. 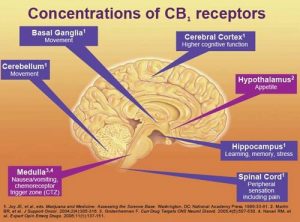 Our body produces its own endocannabinoids, and has receptors throughout our body.

[ Editor’s Note: Sources are hyper-linked throughout the article. ]