Today, with a strong 24-6 vote, Vermont’s full Senate voted to approve legislation to decriminalize the pos 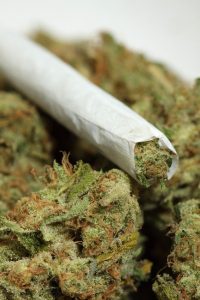 session of up to an ounce of marijuana, making it a simple ticket, rather than an arrestable misdemeanor. The measure passed the full House in April with a 92-49 vote.

Under current law, someone possessing up to an ounce in Vermont can be charged with up to 6 months in prison, making this effort a huge opportunity to free up prison space, as well as police resources, allowing them to focus on serious crimes, rather than someone possessing the dried bud of a nonlethal plant.

Recent polling shows a majority – 61% – of Vermont residents to be in support of decriminalization. The state’s attorney general also supports such a move, and even supports decriminalizing home cultivation.

The measure was given preliminary approval, meaning another vote will need to take place in the Senate, which is essentially a technicality. If the Senate gives final approval to the measure, which it’s fully expected to do, it’ll go to the governor for final consideration.

Once at his desk, Governor Peter Shumlin is expected to sign the measure.