Currently at the University of Texas, if a student is found possessing cannabis, even small amounts, it almost always leads to an arrest. This arrest will likely lead to a conviction, which will quite possi 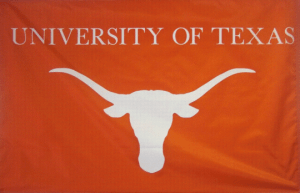 bly lead to that student losing any loan or grant money they might receive.

Now, in the wake of cannabis reform taking place across the country, students and certain faculty at the college are working to reform this policy.

Tomorrow, March 26th, at 7 p.m. in the Student Activities Building (SAC), a vote will be held by the Student Government to do just that, according to a local ABC affiliate. Those involved will be voting on an amendment to the university’s cannabis policies, which would direct campus security to no longer make arrests for marijuana possession, but to instead given students a simple citation – similar to how it’s done state-wide in areas like California and Massachusetts. The bill would also direct university police to prioritize tobacco use over marijuana possession, because of the long-term dangers associated with it, including second-hand smoke..

If the change is made, the university would become the first in a non-medical marijuana state to make such a move.

Those in Texas, especially students or alumni of the university, should contact the student government, urging them to support this policy shift.