Senator Patrick Leahy, Chairman of the U.S. Senate Judiciary Committee, announced today that his committee will be holding a hearing on September 10th 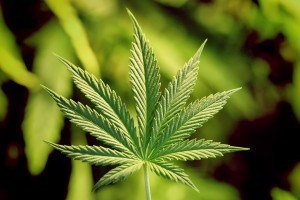 to discuss the confusion between state and federal cannabis laws, including a discussion on ways to fix the problem; Leah would like to see a change of policy which allows states to decide their own cannabis laws, without fear of federal intrusion.

“It is important, especially at a time of budget constraints, to determine whether it is the best use of federal resources to prosecute the personal or medicinal use of marijuana in states that have made such consumption legal,” said Senator Leahy, “I believe that these state laws should be respected. At a minimum, there should be guidance about enforcement from the federal government.”

Cannabis advocates, including Allen St. Pierre, the Executive Director of NORML, praised the decision to hold a hearing on the issue; “It is time somebody had a hearing”, he said, “The Obama Administration has failed to address this issue at all.”

Although the hearing may not result in immediate changes to our failed cannabis policies, it’s still a huge step to have a major Senate committee discuss the issue; it’s a clear sign of the changing times.