Pro-Cannabis Billboard Calls on NFL to Stop Punishing for Cannabis

Pro-Cannabis Billboard Calls on NFL to Stop Punishing for Cannabis

A billboard funded by the Marijuana Policy Project has been placed outside of Mile High Stadium in Denver, home of the NFL’s Denver Broncos 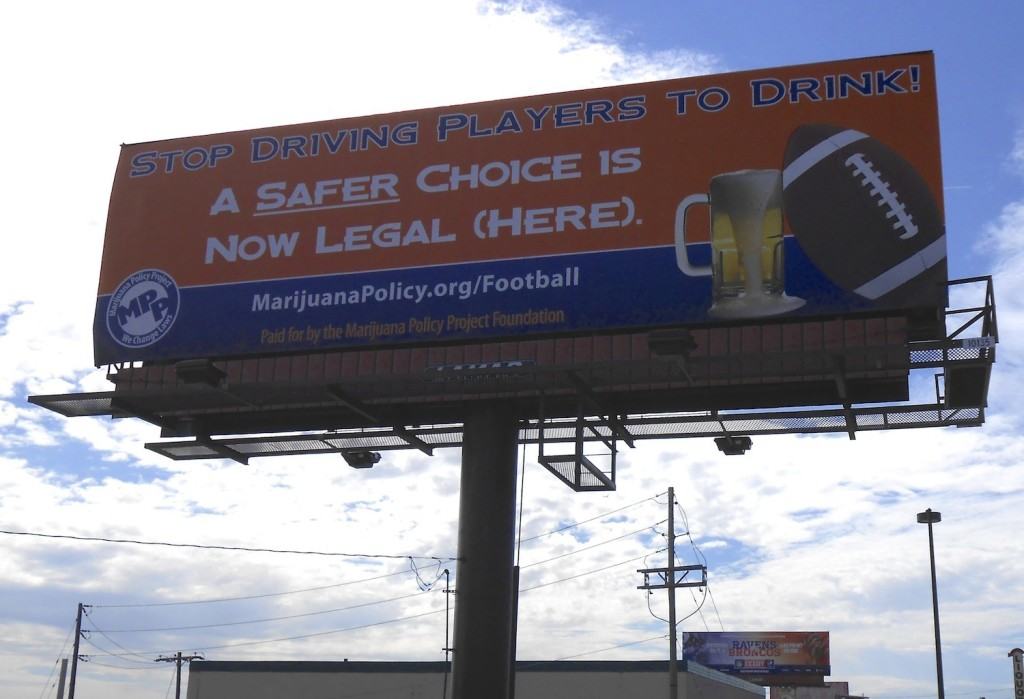 , calling on the NFL to “stop driving players to drink”, claiming that “a safer choice is now legal (here)”.

“For years, the NFL has been punishing players for using marijuana despite the fact that it is far less harmful than alcohol, a substance widely embraced by the league,” says Marijuana Policy Project’s Communications Director Mason Tvert, “The league would never punish a player simply for having a couple beers, so why does it penalize them for using a substance that is less toxic, less addictive, and less likely to contribute to violence?”

Tvert claims that the National Football League’s policy towards cannabis “put players in danger by steering them toward using alcohol and away from making the safer choice to use marijuana instead”; he says that the Marijuana Policy Project hopes that “Commissioner Goodell will explain why the NFL is willing to promote the use of alcohol among its playertops and fans, but unwilling to recognize that a safer alternative is now legal here.”

The billboard will be seen by tens of thousands of stadium attendees this Sunday, when the Denver Broncos play their season-opener against the Baltimore Ravens.