Grand Theft Auto 5, which releases on the Xbox 360 and Playstation 3 on September 17th, will be the first of the series to feature medical cannabis dispensaries, a move which many believe will help further embed cannabis into popular culture. 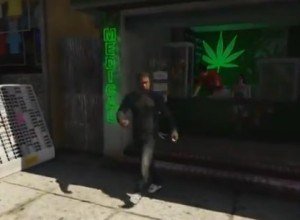 The new game is based in a fictitious version of California, covering areas meant to represent Los Angeles, Venice Beach, etc..

A new, nearly 5-minute trailer reveals that medical cannabis dispensaries will be located in the game; in the trailer, one of the game’s three primary characters (players will switch between the three) is seen leaving a location with a large cannabis leaf on the front, with the words “Medical” next to it; the store is called Smoke on the Water, and you can see the character leave with what appears to be a cannabis-infused drink.

Rockstar Games, the developer behind the game, has thus far been quiet on the subject.