The nonprofit organization Arkansas for Compassionate Care submitted a new initiative today aimed at legalizing medical cannabis in the State of Arkansas. The proposal 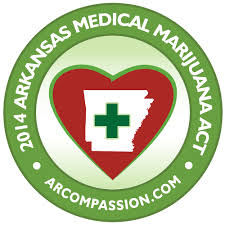 is based on a measure (Issue 5) which was narrowly defeated in the general election this past November; the initiative received 49% of the vote.

The group has submitted several petitions in recent months, only to have them rejected by the state’s attorney general due to “ambiguities in the language”. The group believes that they’ve fixed this problem, and are hoping for a quick approval so that they can begin collecting signatures; advocates are hoping to put the initiative to a vote of the people next year.

Under the proposed law, the possession of up to 2.5 ounces of cannabis, as well as the private cultivation of up to 3 plants, would be explicitly legal for qualified patients. A system of medical cannabis dispensaries would be established to provide patients with safe access to their medicine.

Those interested in reading the initiative can find it in its entirety by clicking here.